Au's Infobar phone line has been around since 2001, always featuring plenty of color and hoping to bring innovative ideas to the smartphone world through eye-popping, unique design. Bringing another stylized entry to the lineup, Au has posted a brief dossier on the new Infobar A02, designed by Naoto Fukasawa and manufactured by HTC.

One of the device's main claims to fame is its apparent use of HTC's ImageSense chip, allowing for smooth burst capture. It's also waterproof and dustproof, and has plenty of specs to ogle. Among them are its 1.5GHz quad-core processor, 4.7" 720p display, 8MP camera, LTE support, and microSD slot. Oh, and it has infrared and a TV tuner. The only downside, if it can be called that, is the device's short-of-bleeding-edge 1GB RAM.

After appreciating the device's slick form factor, the next thing you'll notice is the highly customized Android interface. The overlay (called iida UI 2.0), which rests atop Android 4.1, looks a bit like Windows' latest mobile iteration at first glance, but is significantly more peppy, with plenty of transitions and animations to keep users amused as they interact with their device. Interestingly, the device relies on software buttons.

Besides a smooth, simple design and decent specs, the phone is sturdy – its chassis is aluminum, and the front is – of course – glass. The images below show off the Nishikigoi ("brocaded carp"), Ice Gray, and Aoao color variants. 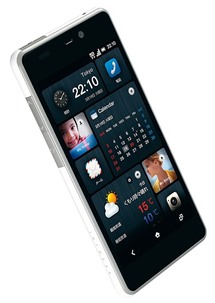 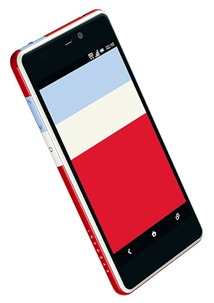 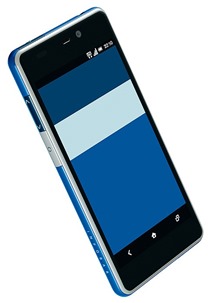 As beautiful as it is, the Infobar A02 is currently only slated for Japanese release in mid-February, with no sign of expansion to the US any time soon. To see Au's original write up (and more photos), hit the source link below.

Titanium Backup Gets Update To Version 6.0.0 – Redesigned Menu Another Step In The Wrong ...

Official Nexus 7 Dock Quick Review: A Solid Accessory That's Worth Its Price – If You Can Find ...