We've been hearing more than a few rumors about a new member of Samsung's popular Galaxy Note series, supposedly due for a Mobile World Congress reveal in February. Italian site DDay.it has posted leaked shots of the device in question, and there's no longer any doubt that the Galaxy Note 8.0 is indeed real. Most interestingly, it's laid out more like a super-sized smartphone than a tablet, breaking from the Galaxy Tab design of the 10.1-inch version from last year. 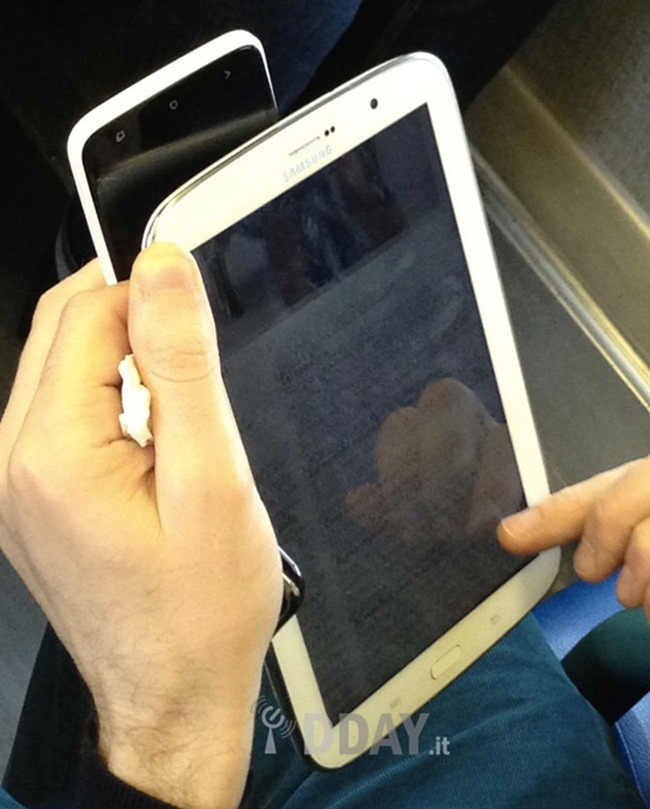 Specifically, it looks like someone took the 5.5-inch Galaxy Note II and flattened it out with a rolling pin. The vertical orientation, gently rounded corners, the position of the front and rear cameras, all of them make the Note 8 look like an XXL version of Samsung's high-end smartphones. It's also got the oblong home button and flanking capacitive buttons first seen on the Galaxy S III - an unusual choice for an Android tablet, which usually calls for a status bar. But since Jelly Bean 4.2 basically abandoned the universal bottom bar, Samsung's decision makes sense within its own design standards, even if it won't be a winner for every consumer. 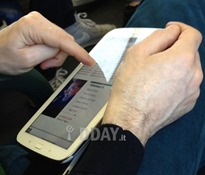 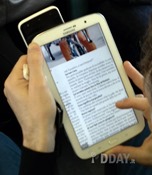 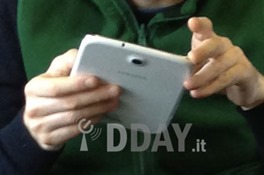 With a Samsung higher-up seemingly confirming the 8-inch tablet for a MWC reveal, there's little doubt about the Galaxy Note 8.0's authenticity at this point. We're big fans of the 8-9" form factor, so the prospect is exciting, even with Samsung's aversion to virtual buttons. There's still a lot of speculation about the specs, though a 1280x800 screen with the same Wacom digitizer and S-Pen combo as the other Notes seems like a lock. Rumored internals include a quad-core Exynos processor, 2GB of RAM and a 5MP rear camera. We'll be sure to try and get a closer look at the tablet in Barcelona.

Source: DDay.it - this is the new Samsung Galaxy Note 8? The Amazing MyScript Handwriting Calculator Gets A Major Update, Does More Maths (And Portrait Mode)