This is the time of year when we expect two things to surface in droves: leaks and rumors. With CES fading in our taillights and Mobile World Congress just around the corner, it's an interesting time for device manufacturers. And while some have already gotten their early-year announcements over with, there are those who have chosen to wait for Barcelona to unveil their newest flagships to the world.

Take Huawei, for example. A recent rumor suggests that its upcoming Ascend P2 will be quite the workhorse with some rather impressive specs:

And now, thanks to @evleaks over at Unwired View, we're getting our first glimpse of the MWC-bound handset. 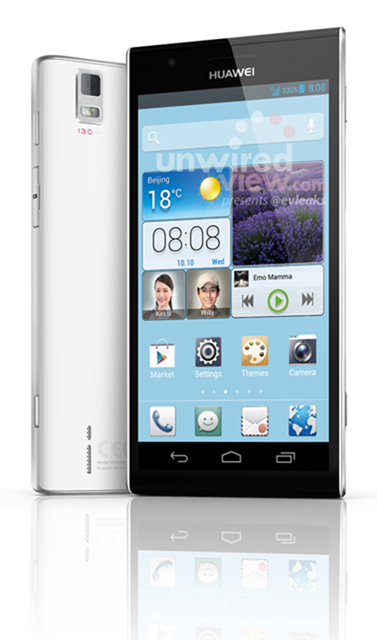 It's also worth noting that – aside from the above-mentioned specs – the device is said to pack a 1080p display, contrary to the earlier reports that suggested a meager 720p resolution. Despite coming from a reputable source, however, it's always a good idea to take things like this with a grain of salt.

Fortunately, all the rumors will be laid to rest in one short month at MWC, which begins on February 25th.

Amiigo Fitness Bracelet For Android Tracks Your Workout Automatically, Lets You Tell Your ...