Ready for the most incongruous mobile game since Antz Racing hit the Game Boy Color? The latest release from Big Blue Bubble is a fairly standard entry in the tower defense genre, inexplicably licensed from the 10-year-old raunchy comedy movie Old School. Yes, really. Old School Defense tasks the player with defending the frat house from party crashers, including cops, jocks, nerds, and hippies. You use the various pledges from the movie as defense turrets, leveling them up as the round progresses. 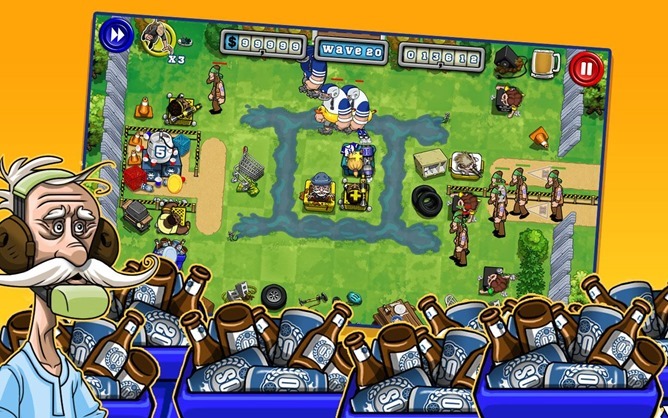 Big Blue Bubble has become notable for solid games like Burn The Rope, but given the somewhat limited appeal of this particular title, they went to AppBackr (it's exactly what it sounds like: Kickstarter for mobile apps) to garner support. Enough people donated to make the game a reality, and now you can pick it up in the Play Store for just a buck. With 30 levels and pledges shooting movie-accurate weapons (like a bikini-clad girl slinging mud from her inflatable pool) it should please even casual fans.

This is going to make that one guy with the "You're my boy, Blue!" bumper sticker incredibly happy, and it looks like a pretty solid tower defense game to boot.

Hushed Launches Android App, Allows You To Get Anonymous, Disposable Phone Numbers In Many Countries

Nexus 4 To Go On Sale In Australia At Harvey Norman Stores On February 1, Available With Or ...