Ah, after CES we were beginning to wonder when we'd get our next flurry of conflicting rumors. Today's comes in the form of what is being called an official render of the HTC M7. Trouble is, it's not. For starters, PocketNow claims that they're not made by anyone within the company, however according to someone who 'has access' to a photo of the handset, the front looks about right. Allow me to reiterate that point: the claim here is someone has allegedly seen an alleged photo that allegedly looks similar to this image, but only the front half: 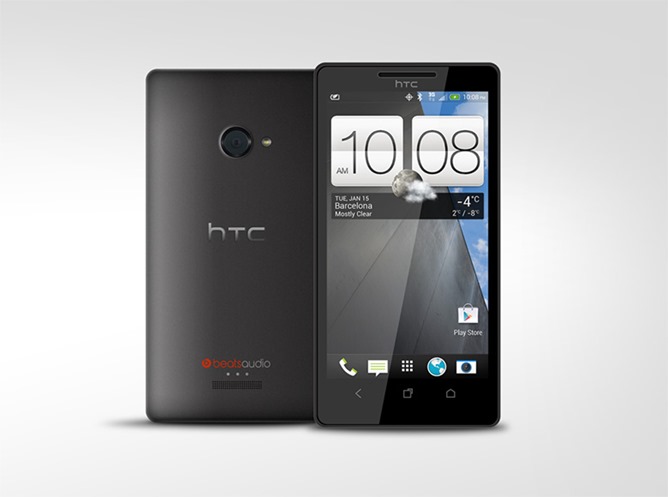 Of course, this render has some issues just on the face of it as well. For starters, the icons are off. They don't look even remotely similar to past versions of Sense. It's possible that these icons may resemble part of Sense 5.0, but given Pocket Now's claim that these renders don't come from HTC, we're inclined to believe that these are simply fan-made. As you can see below, HTC's design language tends to prefer a much more textured look over the flat, chromeless appearance of these. 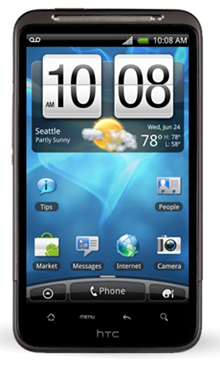 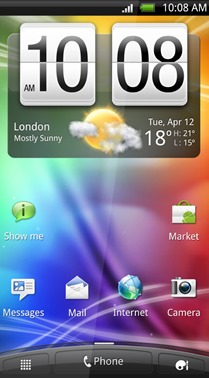 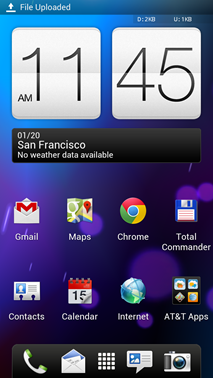 PocketNow also claims that the rear, as depicted in this photo, was derived from the Windows Phone handset, the HTC 8X. Compare the two and they sure look similar. This doesn't prove much. After all, HTC does use pretty similar designs for its hardware. Still, have a glance. 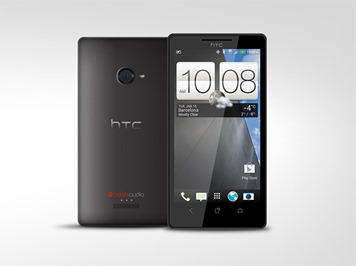 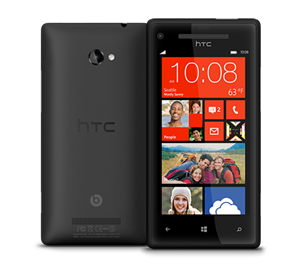 Oddly, the most striking inconsistency is that the navigation buttons have been rearranged in a way that strongly diverges from nearly every other recent handset. Namely, the Home and multitasking buttons have been swapped. However, PocketNow's source claims this is accurate. Which is a baffling choice if true, but not outside the realm of possibility. Unfortunately.  If the M7 comes out with this layout, we can maybe corroborate that some details of this render were accurate, but ultimately there's just too much here that leads us to believe that any similarities between this and the actual handset are coincidental at best. The different icons, the similarities to past phones, and more than anything, the outright claims that this isn't from HTC at all.

Oh and one other thing: in the alleged M7 image, we don't see any buttons, ports, or peripheral features outside the cameras and speaker grills. This thing just screams 'very faithful fan picture'. A trait shared by yet another probably-fake render making its rounds.

Man, we just can't wait for MWC so we can get some real pictures.

[Weekend Poll And News Roundup] When Are You Planning On Making Your Next Android Phone Purchase?