Note II owners on Big Red, an OTA update is coming your way. Don't get too excited, though – it's just a small security patch that fixes the dreaded Exynos bug. Thus, if it's anything like the Exynos patch for the Galaxy S III, you can also expect a new bootloader. That usually means bad news for the root community (especially when it's a Verizon phone we're talking about), and it's likely no different in this case. 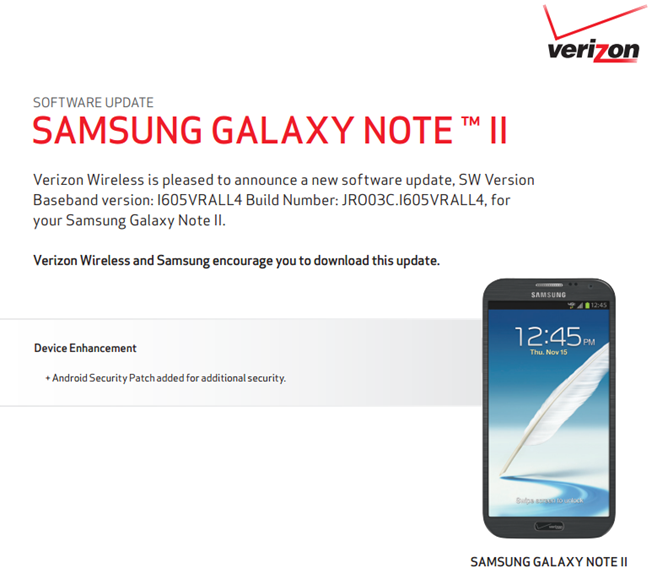 However, it's probably safe to say that the Exynos vulnerability is far more troubling to many users than losing root access, so you may want to go ahead and pull this one as soon as it's available.