Update: Well, it looks like the Nexus 7 dock isn't in stock after all. Whether the dock sold out at lightning speed or was never actually available (despite all appearances) is unclear, but B&H appears to have begun sending out a batch of "we regret to inform you" emails regarding the hotly anticipated accessory: 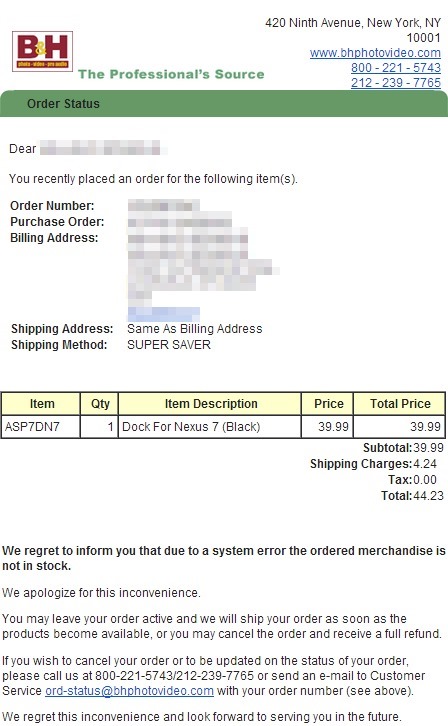 Original Post: Back in December, the official Nexus 7 dock went up for pre-order over at B&H with a tentative availability date of December 30th. While they may have missed that mark, it looks like the wait is over and the dock is officially in stock as of earlier today.

Just like before, it'll set you back a forty spot, but that's a small price to pay to finally get to use those pogo pins. There's a good chance that it will sell out pretty quickly, so if your Nexus experience simply can't be complete without a dock for the beloved seven-incher, you better head to the link below before they're gone.