Partnered with Steve Jackson, Tin Man Games has brought another Fighting Fantasy title to the digital age with House of Hell. For the uninitiated, Fighting Fantasy is a series of interactive "gamebooks" by Steve Jackson and Ian Livingstone which began publication in the early 80's. The books each contain their own fantasy adventure, the outcome of which is completely dependent on the reader's choices.

Staying true to the 1980's aesthetic of the original printed works, Tin Man's adaptation of House of Hell has the option to turn off its various visual enhancements to "make the gamebook look like it came off the printing press in the 80s." Many players will want to keep them on though – the visual overlays and colored illustrations add a new dimension to the experience, and are wonderfully executed. 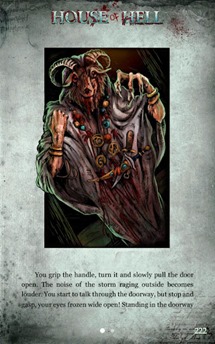 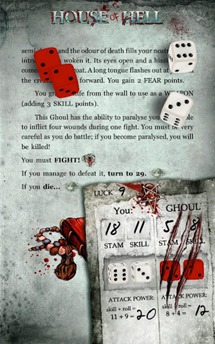 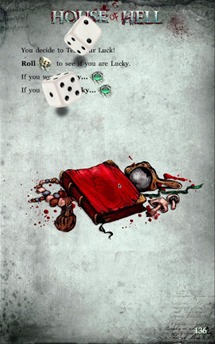 Besides the interactive reading experience, players will enjoy an automated inventory/stat sheet that will update throughout the book and a full gallery of the book's artwork, plus unlockable cover art.

If you're a fan of choose-your-own-adventure style books or the Fighting Fantasy series and have $5.99 to burn, House of Hell will not disappoint. What's more, Tin Man games notes that more Fighting Fantasy books will be coming to Android in the future. Hit the widget below to begin House of Hell's "blood-curdling adventure." [Deal Alert] Get $50 In Zinio Digital Magazine Credit Just For Signing Up (That's 18 Issues Or ...

Sundance 2013 App Lands In The Play Store, Guides You Through 'jOBS', 'Google And The World ...