The original Temple Run was a huge hit on Android when it came out, following an already successful splash on iOS. Now, Imangi Studios is hoping it can pull the same feat off again with Temple Run 2. The title just launched on Apple's App Store today. Don't adjust your television sets, folks. Partly because you're probably not reading this on a TV so adjusting it would be silly and partly because, yes, this is still an Android blog. The developer has said that the new game will arrive on Android next week. January 24th to be precise. This does mean we can get an early look at it now: 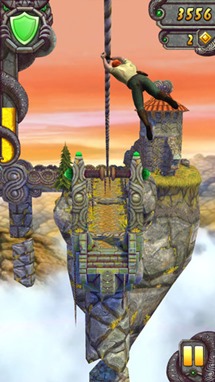 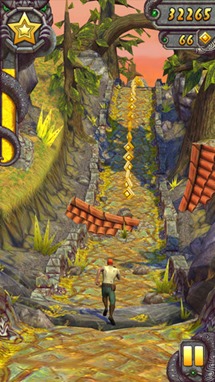 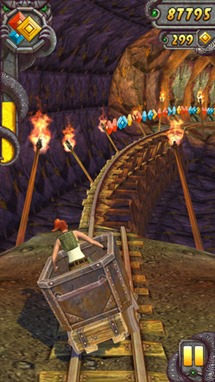 The new game will feature a brand new Temple to Run through (I get it!). This one seems to be floating in the sky, which is much more fantastical than that smelly old jungle one. Don't let the lack of earthly foundations fool you, though. This temple also has underground tracks with mining carts to ride. Somehow. Also, one of the key, highlighted features according to the official app description: "Bigger monkey!!!"

[New Game] From The Maker Of Wind-Up Knight, Rise Of The Blobs Is A Clever Puzzler With Cool Visuals