You can now count Sony among the smartphone manufacturers that have promised to narrow their portfolios, and move away from featurephones and other very cheap handsets.

Sony's CEO, Kazuo Hirai, speaking to Bloomberg, had this to say.

"We basically are out of the feature-phone business and in the Android-based smartphone business ... We are more in toward the high end of the market as opposed to trying to get into the commoditized portion."

So, what does that... mean, exactly? Sony's going to focus its phone business on the part of the phone market that's profitable? Shocker. Really, Hirai is just reiterating the company's new brand initiative - pushing Sony products as "premium" with unilaterally premium pricing. Like Apple. It makes sense, then, that Sony would not seek to undermine its new direction by making a lot of cheap phones.

Of course, we also know that like HTC and Motorola (at least before the buyout), Sony's going to break this promise all over the world in countries Americans like me can't find on maps. In emerging markets, companies like HTC, Sony, LG, and Samsung are fighting tooth and nail to win loyalty and brand recognition among consumers. Dangling a $600 smartphone above the head of someone who doesn't make that much in a month in the hope that they will aspire to own that product is a risky business strategy. It's a lot easier to make a phone that costs a quarter of that and bears a passing resemblance to the more expensive model. 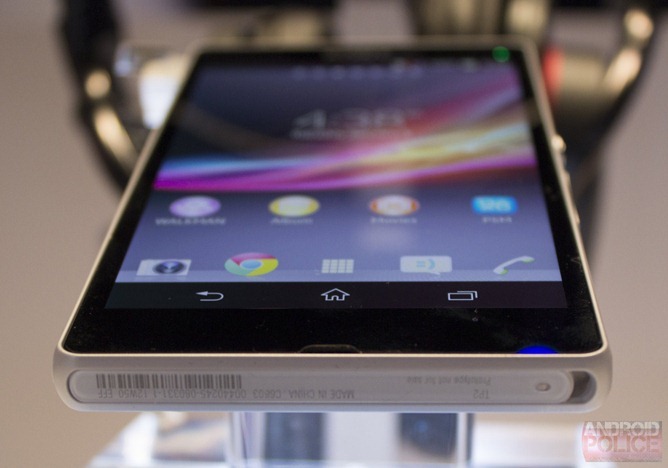 Really, what Sony's CEO more likely means (like what HTC 'meant') is that we won't see as many (or any) crappy Sony phones in the US and Europe, where consumers can generally afford, whether through subsidies or saving up, an expensive, fancy glass slab.

I'm not undermining the importance of such a shift, but I'm also skeptical of anyone saying the products Sony showed off as part of its new smartphone line (the Xperia Z and ZL) are really going to turn the company's fortunes around. Sure, they're the best smartphones Sony has made to date, but they're also entering a market that Samsung and Apple now unabashedly dominate.

In the US in particular, Sony's smartphone strategy has been befuddling. The company has partnered with AT&T on literally every phone they've sold in the US except the Xperia Play, which ended up on Verizon, too. Look it up - there hasn't been a single Sony smartphone on T-Mobile or Sprint, and only one on Verizon.

The upside, I suppose, is that most people in the US really have no idea that Sony even makes smartphones. If you can call that an upside.

If Sony were able to get the Xperia Z or ZL on at least three of the four major carriers, perhaps some momentum could be built. Even then, though, they're entering a fiercely competitive market that has been hard on OEMs that I would argue make better products than Sony. HTC and Motorola have seen major market share shrinkage to Samsung in the past year in the US, where Sony has basically been a non-factor. As HTC showed with the One X, making a good phone - even a great one - simply isn't enough when Samsung and Apple TV commercials, newspaper ads, and billboards permeate the daily life of the American smartphone buyer.

I would venture that Sony's chances in Europe, where it has aggressively pushed its down-market handsets and its brand has generally retained more relevance over the years, are a little better. But with flagship handset launches from HTC and Samsung looming over the next few months, and the Z not expected to ship until late Q1 / early Q2, this could just be another of case of too little, too late for Sony.

Larry Page On Apple's Thermonuclear War: 'How Well Is That Working?', Also Facebook Is 'Doing A ...