You may have gathered from one or two of our previous posts that there are some Starcraft fanatics lurking around the offices of Android Police (and shouting things like "power overwhelming!" from the editor's desk). So when we saw what's basically a Metroid-style side-scroller apparently starring everyone's favorite autonomous crystal harvester, we had to jump on it. Gene Effect doesn't star an actual Probe, but there's plenty of potential in the game even so, especially if you're a fan of exploration and eye candy.

The game looks like it's got a bit less hustle than the standard "guns out" action platformer, so those who are looking for a relaxing time might be interested. There are a few twitchy segments among the procedurally generated levels, but for the most part, the journey is the reward. You can still upgrade your ship and collect biological and mineral samples while unraveling the game's plot, centered around the history of the mysterious planet Kratoss. (Shaddup, PlayStation fans, it's a mythological reference.) This isn't the kind of game for everyone, but those who dig deep should find a lot to like.

Graphics and music are great, and while the game appears to be compatible with everything, you might not get the best experience on your dusty old Droid Incredible. You'll also need 124MB of free space, and $3.50. 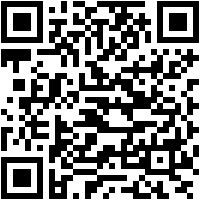 Motorola Atrix 4G Gets The Soak Test Treatment, ICS May Be Coming Soon