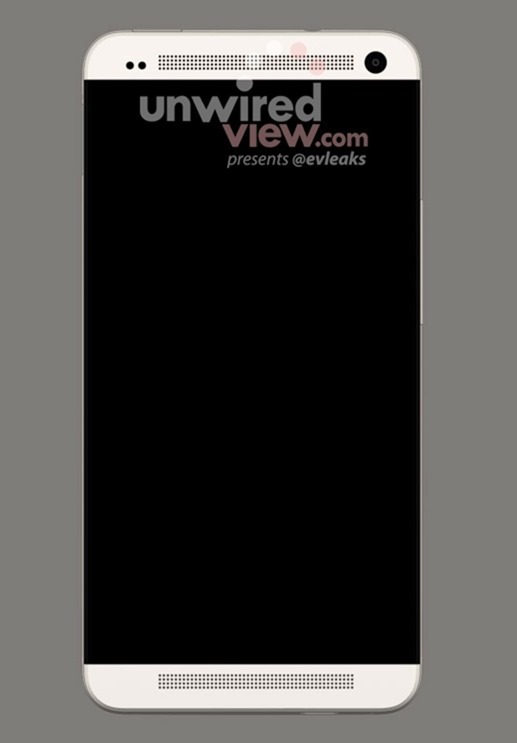 First, the front of the phone lacks any HTC branding. HTC phones have typically worn the HTC (or carrier) logo below the top speaker grille, making this mark-less front fascia something of an oddity. I'd argue that this isn't necessarily a cause for skepticism. HTC's bold styling on the One series last year was polarizing, and the face of the One X is already one of the least conspicuously branded on the market. Given that HTC's CEO Peter Chou is putting additional focus on the company's image this year, I wouldn't put a small rebellion like ditching a front-facing logo past HTC at this point. They've always been willing to get bold with styling, and it's an idea I can certainly get behind, even if it will inevitably draw Apple comparisons. Another possibility though (one that seems quite plausible, actually), has been pointed out by a commenter on UnwiredView, who made a display-on mockup. Check it out here.

Next is the lack of discernable screen edges. This, I agree, is more of a concern. But the context of this particular image is a SIM insertion tutorial - not a press shot. And if it's not going to be used in advertising, the rendering guys can get a little fanciful about things like 'bezels' and 'reality.' But this shot isn't pretending to be more than it is, and having that context makes me significantly less wary of these flaws.

And in regard to the screen, it may at first appear as though it's just a solid black rectangle with a thin outline - which just looks a bit fake to our eyes. But zoom in, and you'll see this image isn't lacking for detail. 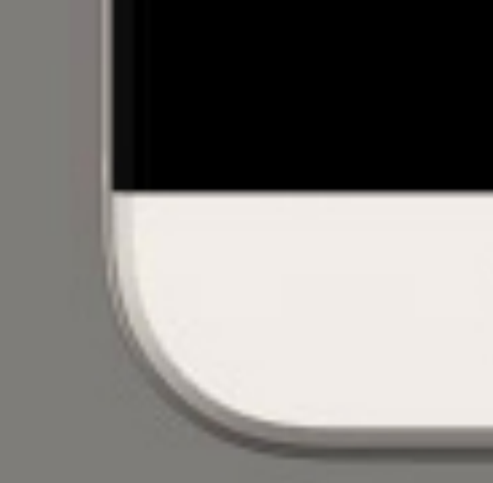 As you can see, there's what looks to be shallow beveling around the edge of the entire phone (I don't mean the silver bordering), and it's particularly visible when contrasting against the white chassis. However, look closely, and you'll notice the beveling continues along the black glass area - a little, almost imperceptible detail that I doubt a faker would bother to get right.

This is a pretty clear evolution of the "waterfall display" design language found on the One X, which has a display whose edges seem to simply "fall into" the side of the phone. Something you probably noticed more immediately was the pair of speakers that are on the front of this device - will HTC's phone have stereo front-facing speakers? That'd be pretty awesome.

Overall, I have to admit, it looks like the kind of phone HTC would build. Which is to say, it doesn't really look like anything else out there (yes, the front does sort of look like the back of an iPhone 5). The real question is when we'll be seeing this phone in the flesh, and all bets seem to be on Barcelona at this point. Let's hope that timing pans out, if only for HTC's sake.

AirDroid 2 Beta APK Is Now Available To All, Remote Camera Access And 'Find Phone' In Tow