In a lengthy, somewhat intimate retrospective piece posted today to Samsung Tomorrow, the electronics giant revisits the launch of the Galaxy SIII. Readers likely remember a launch that almost came off without a hitch, but which was tarnished by a "shortage" of Pebble Blue colored units. Following the international delay, Samsung said there'd be no delay for the Pebble Blue SIII's in the States, and all seemed to be well. Still, the manufacturer was awfully quiet about the real reason behind the initial delay.

For customers and techies interested in the real story, Samsung's post tells all. According to Samsung, the pebble blue SIII's were packed and ready to go, but a "tough decision" was made to stop shipment, because "the SIII's fundamental design concept had not been perfectly reproduced on the battery cover, creating an aesthetic that was inconsistent with the planned product." In other words, something in manufacturing the blue SIII had caused uneven, unreliable finish. 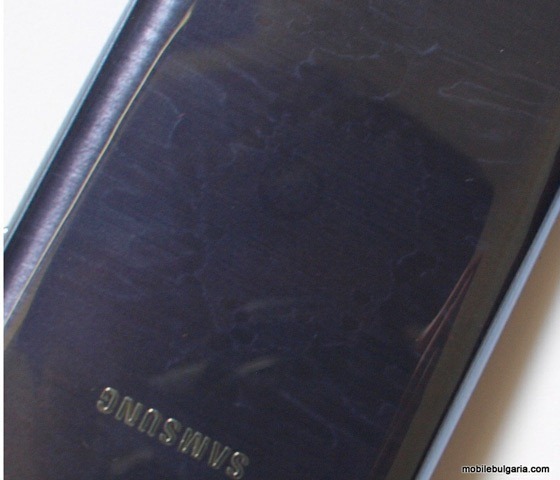 The post goes on to explain the flurry of stress and confusion that swept over the company's various departments. It's easy to see why delaying such a huge swath of product could cause worry – the SIII's launch was built around the concept of a single device launching in as many markets as possible all at once. Any delay would essentially kill the entire effort.

According to Samsung, however, the confusion didn't last long, and those responsible for the product's design and planning resolved to stick to the pebble blue idea, introducing vapor deposition and a "Nano-Ceramic Coating Technique" to the manufacturing process, which enhanced the top coating, protecting the phone's color and finish.

Samsung's retrospective at times gets downright poetic, even explaining the nebulous emotional impetus behind the pebble blue concept:

Pebble Blue was the color chosen to represent GALAXY S III, inspired by the ideals of human dreams pursuing nature. Like pebbles along a riverbed glistening in an array of colors reflecting variations in sunlight, GALAXY S III portrays every shade of blue, and was dubbed “Pebble Blue.”

Samsung promises that, as much information as this post conveys, it is only part one. Yes, Samsung evidently has even more to say about keeping its promise to customers. For the full post, just hit the link below.