To be sure, poring over all the apps we've covered in the past year was an arduous task. We've picked three entries for each category (in no particular order), but there were certainly more than four new apps worth talking about. To that end, we've also got plenty of runners-up. Without further ado, here's the cream of the 2012 crop.

There are a lot of browsers available to Android users. A whole lot. And the subject of which is best can be a divisive one. While Chrome for Android may not be at the top of every power user's list, its introduction in 2012 (and subsequent packaging into Nexus devices) was a big deal, and Chrome is a great browser for a couple of reasons.

One of those reasons is its seamless integration with all your other Chrome-running devices. Of course, this kind of integration was to be expected. That said, it's still impressive – bookmarks, open tabs, and history from any device signed into Chrome will show up on your mobile device, eliminating the need for the clunky Chrome to Phone extension altogether and making for a really nice experience. 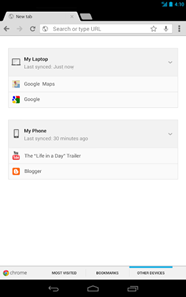 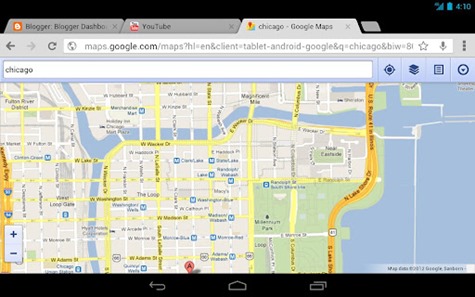 Of course, even though it was introduced only introduced three days ago, we have to mention the Chrome beta channel, which promises to bring bleeding edge fixes and enhancements to Chrome users even faster.

Pinterest came to Android last year with much fanfare. After all, the social bookmarking platform has seen some great success. An official Android client was hotly anticipated, and when it hit, we were pleasantly surprised. Our review of Pinterest's Android offering called it "perfectly designed," and that's where the app wins major points – the app pays attention to Android's design guidelines while retaining its own visual style matching that of its online counterpart. 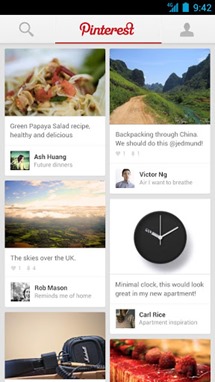 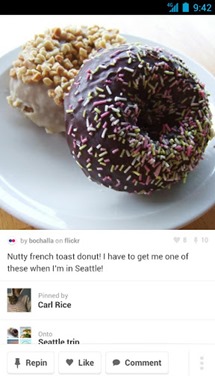 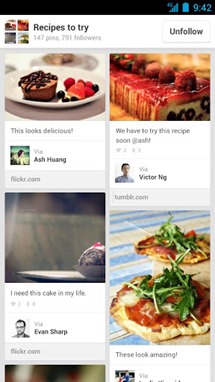 As mentioned in our review, Pinterest isn't just for women, despite previous misconceptions. Having instant access to untold seas of ideas convinced this writer to start the Pinterest habit, and if you're looking for something to kill time, find great ideas, and pin/repin thousands of neat ideas, Pinterest is for you. Oh, and it's free from the Play Store.

Flipboard for Android started off as an exclusive for the Galaxy SIII back in May, much to the dismay of other Android users who were soon gratified by a pulled APK. The news reader, which has been a popular iOS app for some time, certainly gave Google's Currents app a run for its money, and has only improved since.

For those who don't know, Flipboard seeks to be your "social news magazine," aggregating news from various sources of your choosing in a sleek, unique UI. 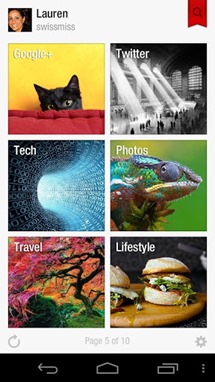 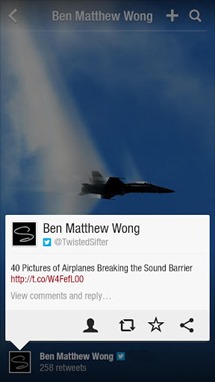 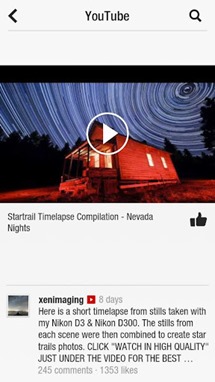 TabletSMS is an unassuming app that debuted in September last year. Unassuming though it may be, it's hugely useful, and allows tablets and texting to work together seamlessly for those who, like many of us, rely on their tablets as a primary mobile device. 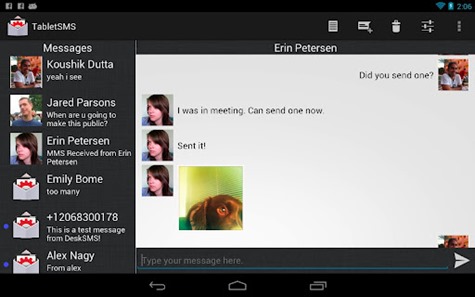 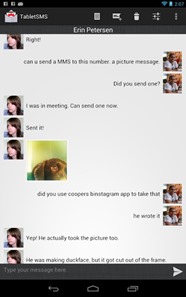 The interface is about as simple as it can be, the service is reliable, and it saves plenty of time switching devices when you're in the middle of a good web browsing session.

Though the Facebook app by no means debuted in 2012, we're giving special mention to its native rebuild. For those who don't know, Facebook's app used to be just about unusable. Essentially it was a slow, creaky HTML web-viewer. In December, though, the social media giant finally released a rework of its app, this time build natively for Android, significantly improving its speed while maintaining the same look and feel of the old UI. If you had forsaken Facebook's slow app before, now's a great time to give it another shot.

Read It Later, while not released during 2012, is worth mentioning on this list for its 2012 rebrand to Pocket. The app underwent major surgery during the revamp, emerging a beautiful app butterfly with a clean, minimal, magazine-style UI, and the huge usefulness of its predecessor intact. If you find yourself short of time when browsing news feeds, Pocket is an incredible tool (and competitor to apps like Instapaper) and a great time saver.

Whether you're into exploring cities, finding your next great decorating idea, or just browsing the web, there's no question – 2012 had plenty of great new apps. Of course, even if you weren't enchanted by a single app from the whole year of 2012, we'll be back next month with a short list of January's best entries. In the mean time, keep your eyes peeled for our larger, semi-weekly roundups.

ZX Spectrum/Commodore 64 Classic 'Lords Of Midnight' Comes To Android – 'The War Of The ...