If you follow Archos, you probably know the French tablet-maker's product formula by now: "cheap and usable." This is a strategy that has allowed the company to expand its product line greatly over the last year, and to branch out into less familiar territory. In particular, the recently-announced TV Connect and Gamepad are two devices unlike anything Archos has made previously.

The TV Connect's purpose is quite simple: you have Android running on your TV, with a TV-remote-meets-gamepad style controller. This is accomplished with a bar that sits atop your television, and plugs in via HDMI. The processor and memory guts are housed in the bar, while the controller is basically just a transmitter device, powered by two AA batteries. 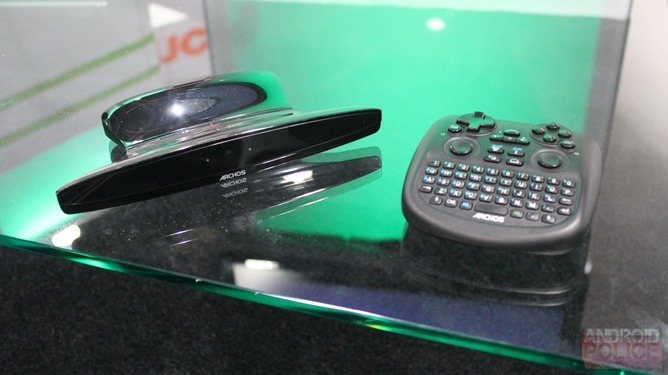 As forewarning, I'm not exactly in Archos' target market with this product. I think Android TV's - whether it be Google TV, an actual TV running Android, or something in-between (like the TV Connect) - are quite pointless in their current state. There is obviously a market for such products, though, and on the cheap end of the spectrum, there have been a great many "Android TV on a stick" devices that have hit the market in the past six months. Frankly, I've never heard anything good about any of them, though I'm not claiming to be an expert on the subject, either.

Archos' proposition is that they can do it better, and for just $130. And they probably do - the TV Connect has full access to the Play Store, puts out video in 1080p, and runs a TI OMAP 4470 chip (same as the Kindle Fire HD 8.9). The controller, as stated earlier, is powered by two AA batteries, and can communicate via Bluetooth with the TV-mounted bar through various buttons, or through an on-screen pointer interface (I'm guessing it's IR based, but I don't know).

The bar hardware also has full USB host support, so you can hook up attached storage (kind of critical if you want it to be a media PC replacement), as well as a microSD slot, complimenting the 8GB of internal storage. You can also stream video over your local network, which is supported in the Archos Video app (which has native support for a host of video formats). Local streaming should be quick, too, thanks to an ethernet port on the back.

So, how's it all work? At CES, not great. Archos said there was too much Bluetooth interference on the show floor, and as a result, the remote was regularly disconnecting during demos. During our try, though, it managed to stay alive the entire time. The pointer system, however, was exceptionally sluggish and buggy. Again, this might be an interference issue - I'm not sure. 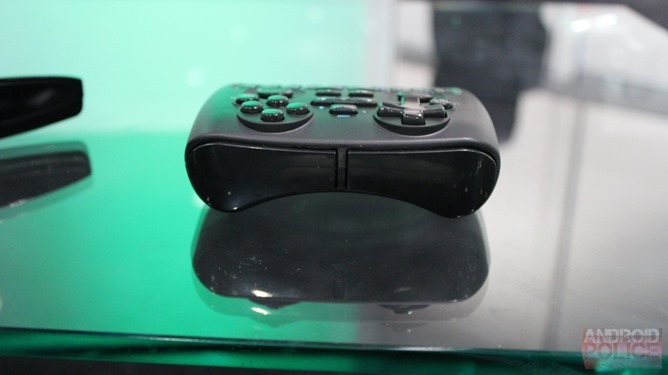 The controller itself felt very cheap - all of the buttons were soft and mushy. I tried to type something using the QWERTY keyboard, and it was not an experience I'd like to relive. That said, apps and the OS ran smoothly, and if you're in the market for something like this, I can't say there's a particular reason to hate it. I also can't say I see a real reason to own such a device when the "Miracast boom" is likely on the horizon over the next year, but to each their own.

Next on our hands-on list was the Gamepad. The Gamepad's claim to fame is its mappable hardware button scheme, which is actually legitimately cool (though it will likely be copied and improved soon enough). Just tap the gamepad button in the navbar while you're playing, and three pictures will pop over the current app. One for joystick directions, one for buttons, and one for something else I didn't have reason to try (I honestly can't remember what it was - I think it was for floating buttons). Anyway, the concept is simple: drag one of the icons to the location of an on-screen control button, and then press the button / move in the direction you want that command to map to. 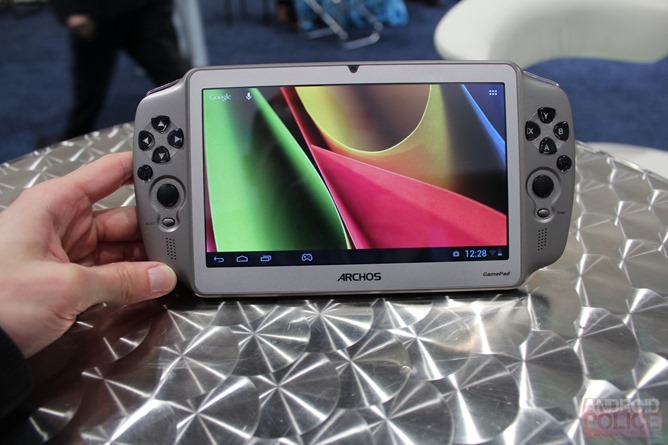 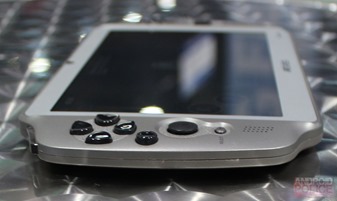 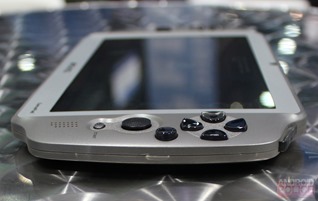 For example, if there's an on-screen button in a racing game that allows you to accelerate, you drag the button icon to that software control, and then press the right shoulder button on the game pad. And at that point, it's mapped. It really is a great idea, and it's super easy to get the hang of.

The problem is that the Gamepad falls flat in the hardware execution department. The 7" display is of mediocre quality at best (viewing angles aren't fantastic, nor is brightness), and the controls leave a lot to be desired. The gamepad uses Nintendo 3DS-style "push-pad" control sticks, which I've never liked. But Archos' are even worse, because the travel on them is tiny - you're basically choosing between three levels of sensitivity: "off," "slightly on," and "all the way on." And negotiating between the latter two is rather difficult. For any game requiring precise input (eg, a first-person shooter like Dead Trigger), this makes gameplay extremely frustrating. I'd honestly prefer touch controls to the push-pads. The rest of the buttons on the Gamepad remind me in a not-so-great way of the TV Connect - mushy, sloppy, and cheap. 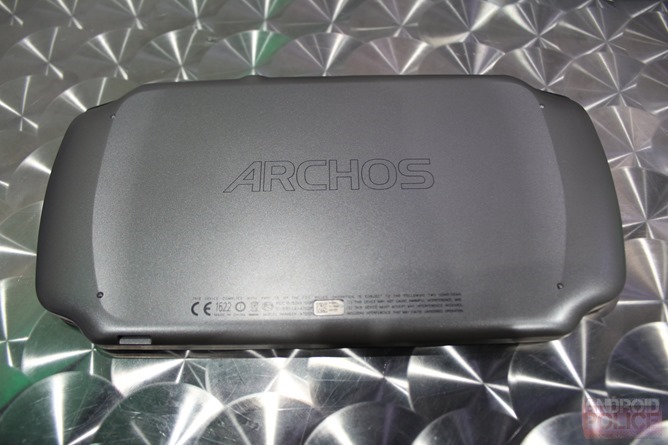