Another CES has passed, and with it comes clearer understanding of what's on the tech product horizon in the coming year. If I were to sum it up in a simple list? Touchscreens, 4K, and washing machines.

And that's the reason I stand by the proposition that this year's show wasn't very good. But, let's save that for the end. CES is still the most important tech show in the world, it's still massive, and there's still a metric crapton of stuff unveiled at it every year. So, in the Android realm, what was noteworthy this time around?

And if you want the full scoop, hit up this link, where you'll find all of our CES 2012 coverage, page by page. I'm just going to give you my highlights here.

Listen, you can say Shield's going to fail because it'll be too expensive. You can say people don't want a handheld  gaming console that doesn't fit in your pocket. And you can say NVIDIA arbitrarily makes games incompatible by using proprietary code for enhanced visuals, which fragments the Android platform. And maybe, on all three counts, you'd at least have a leg to stand on. 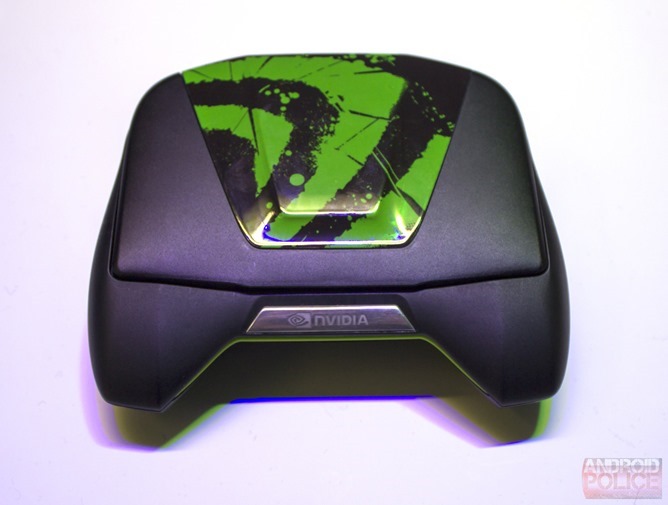 But that doesn't change for a moment the fact that Shield was the most important product at this year's CES, hands down. Sony could have unveiled an 84" OLED 4K TV that makes pizza and does your laundry, and Shield still would have been more important. In a show full of incremental improvements, single-spec hypebeasting (COUGH 4K COUGH), gimmicks, and downright lame press conferences (looking at you, Samsung and LG), Shield was a beacon of hope.

I'm not saying it's going to turn the world upside-down. I'm not saying it won't be overpriced. And I'm not saying that every little detail will be perfect by the time it ships. But Shield represents the first serious effort to make mobile gaming a serious industry. Nothing - and I mean nothing - has come into this space so boldly, and made the case so convincingly that a premium mobile gaming experience should exist. Ouya, frankly, relies on a value proposition, and it's one that simply doesn't target the gamer demographic - it's far more casual. NVIDIA has put its chips down and said "we want to make a mobile gaming console for gamers."

It could be an unprecedented success. It could be a miserable failure. We don't know yet. But what we do know is that NVIDIA will try to make it work, and NVIDIA has the financial footing to lose money, making Shield visible in the marketplace before it turns the corner to profitability - something few Kickstarter projects can say.

OK, I admit - the idea of an e-ink screen on the back of a phone sounds really, really gimmicky at first blush. But the possibilities something like this allows for are just way too easy to geek out on. I desperately want to see other manufacturers take something away from this idea, because the YotaPhone is an exceptional oddity in an increasingly bland hardware ecosystem. Check out our coverage of it for more on why I think this strange little Russian phone is important. 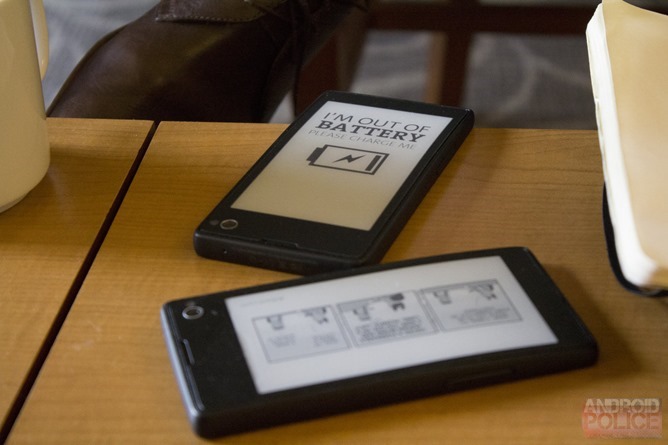 Oh god, Polaroid. Why? I mean, really, there is so much wrong with the iM836 that I honestly wonder what kind of la-la land Polaroid's management lives in to think this is a good idea. OK, let me clarify that a little - why this product in particular is a good idea. Because it's not - it's terrible. The concept, I guess, has at least some potential merit. But Polaroid saw fit to ruin it. 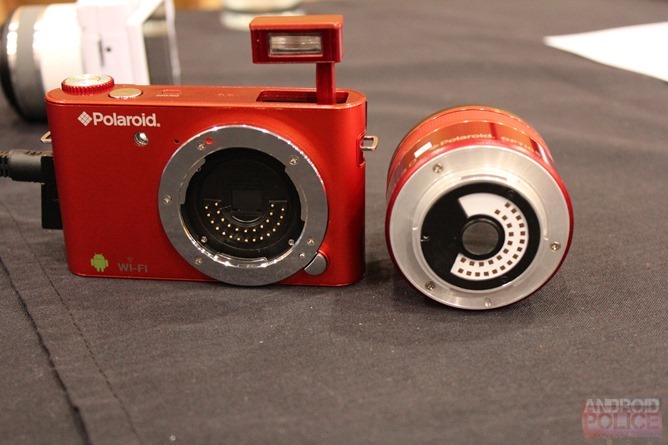 Let's start with the lesser of the horrible flaws. The UI is super slow. The build quality feels like some cheap point and shoot you'd get for a hundred bucks at Target (the iM1836 costs $400). When we tried it, we couldn't even get the camera app to work. All of these things add up to a ghastly user experience. But there's one flaw that outweighs all of these. A flaw so egregious that I can scarcely understand the backward-ass logic Polaroid tries to explain it with.

Look at the picture. Notice anything... odd? Like how there's no sensor in the body of the camera - just a black plastic square that kinda-sorta looks like one? And how on the lens there isn't actually glass at the base, just a mirror finish piece of metal that looks glassy? That's because Polaroid put the image sensor inside the lens. So apart from portability, there is no reason for this camera's lens to be removable in the first place. And what exactly is the point of interchangeable lenses if you can't, you know, interchange to a different lens? You might be able to eventually, when Polaroid makes some, but that means you'll not only be buying a Polaroid lens (because it basically has to be), you'll be buying one with a sensor inside of it. So you'll have a camera body, two lenses, and two sensors. WHY?

Polaroid's explanation is that, because consumers are lazy - alright, I'm with them so far - they'll leave the camera body exposed and the sensor will get dirty or damaged, and their photos will be ruined. Right. Because the tradeoffs here are in no way vastly more impractical and quite simply stupid than any supposed benefits in the form of easy care. Trust me, Polaroid - a dirty sensor is going to be the last worry for anyone that owns one of these travesties.

RCA isn't exactly a company people in the US really, you know, respect these days. In fact, RCA doesn't even make most of its TVs anymore. So when I heard the company was planning to market an Android tablet with a TV antenna and sell it in the US, my curiosity was mostly related to just how bad it was going to be. The answer? Pretty bad. It could be worse, sure, but man, I honestly feel bad for the guys at the RCA booth who had to vouch for this thing. 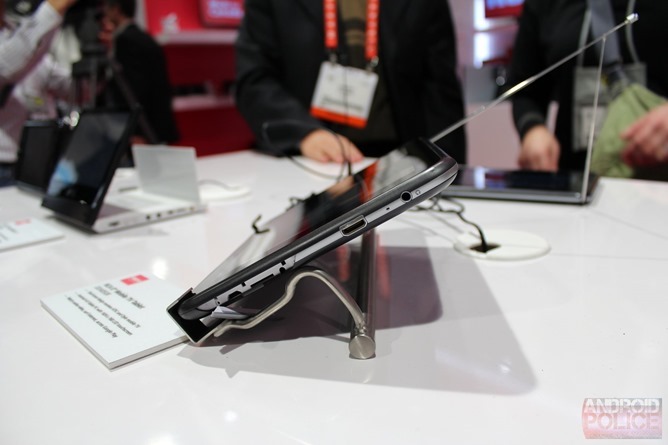 It has one, simple job: deliver live TV over the air. And it does this by means of a fairly ugly app that looks like it was designed for a phone. And that app just kind of stops working should you decide to do multitasking of any kind, and you have to restart it to get the connection back. The app then takes a solid 30 seconds to acquire a Dyle TV signal, and the picture quality is just terrible. It doesn't catch HDTV signal over the air, and the build quality of the whole thing is kind of depressing. The viewing angles on the display are among the worst I've ever seen on any tablet this side of China. And it costs $300 for this... privilege.

I love how Sony's phones look. I don't love how they perform, or how they look once the screen is on. Sony showed off two powerful new handsets at CES, the Xperia Z and ZL, with new 13MP cameras, and one of them (the Z) is even waterproof. And I can't bring myself to care. As much as I harp on Samsung for being so obsessed with gimmicks, I think what Sony does is worse: they play it too safe. Too conservative. There is no feeling of tech-lust when I pick up a Sony phone - it's just another pretty slab that runs Android. Maybe the Z and ZL will resonate with the average consumer more - who knows. 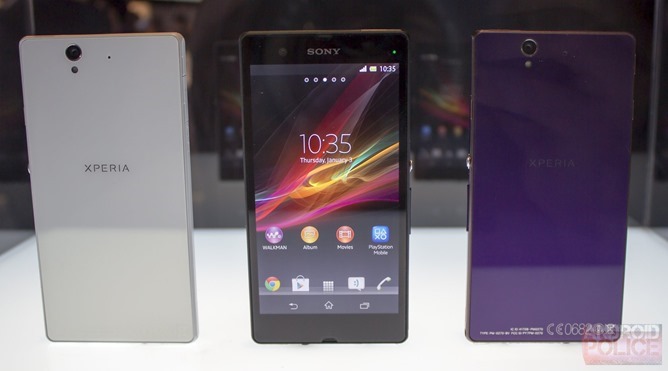 For me, they're just not exciting. And in regard to the Z, having to pry open a port cover every time I want to charge up or plug in my headphones just sounds annoying. I'll take my chances in the wet, dusty world, Sony. The Z and ZL are far from being bad (I'm sure they're very good, actually), but in a fickle market dominated by Apple and Samsung, this just doesn't seem like the breakout hardware Sony needed to get into the smartphone game in a big way. What did they need? To be different. And they just aren't.

While I will go on record as saying that this CES was probably one of the most boring ever, it certainly wasn't a total waste. NVIDIA's Shield showed us something genuinely new and cool, and things like YotaPhone provided much-needed respite from the 4K-washing-machine-with-a-touchscreen fever that seemed to envelop the place. We got to see cool stuff, bad stuff, and genuinely weird stuff.

Will we be back next year? Probably. We might do things a little differently, though, given the growing scarcity of truly interesting product announcements that happen at CES. But more and more companies are leaving CES for dedicated trade shows (like MWC and IFA), or for their own product unveilings. Think about this: Microsoft, Apple, Google, Facebook, and Amazon - none were at CES this year. Can you think of any companies more important in the tech space?

CES has largely become a place where vendors interact with other vendors, manufacturers interact with manufacturers, and competitors scour the show floor for acquisition opportunities and generally eyeball the competition. And iPhone cases. iPhone cases as far as the eye can see. For a show that purports to be focused on consumer electronics, an area that is increasingly synonymous with "mobile technology," CES is straying from relevance.

Consumers don't care so much about what's new in TV's, or washing machine, or refrigerators anymore - we live in an age where these products generally do what we want them to. They have reached a point where the innovations are no longer revolutionary, but evolutionary (or gimmicky). Even personal computing is starting to settle into a comfortable cycle of faster, thinner, and lighter. Say what you will, but no normal consumer gets excited about how many nanometers Intel is fitting a semiconductor on this year.

People do get excited about what something in their pocket can do. How it can change the way they live their lives every day - how a new form factor can alter the way we experience the digital world. I heard often enough that "mobile isn't everything" during CES, but the truly geeky, nerdy part of me feels deep down that mobile is everything, because it's the leaping off point for whatever's next, five, ten, or twenty years from now.

Anyway, I'm rambling. I hope you enjoyed Android Police's coverage of the 2013 CES - and don't worry - we'll be back at the end of February with live coverage from MWC.

[Update: Winners] Win One Of Ten One-Year Treehouse Gold Accounts And Learn How To Develop ...