Thinking about switching to a prepaid carrier? As the fifth-largest U.S. cellular provider, MetroPCS should certainly be on your list (at least if you live in an urban area). Today they've shuffled up their tiered service plans, adding in some more full-speed data at the lower tiers and consolidating the highest tier into a single plan. For those of you who want the genuine article, don't worry: the $60 plan remains, with real unlimited 4G LTE data. The only stipulation is that you gave to have one of MetroPCS's LTE phones. 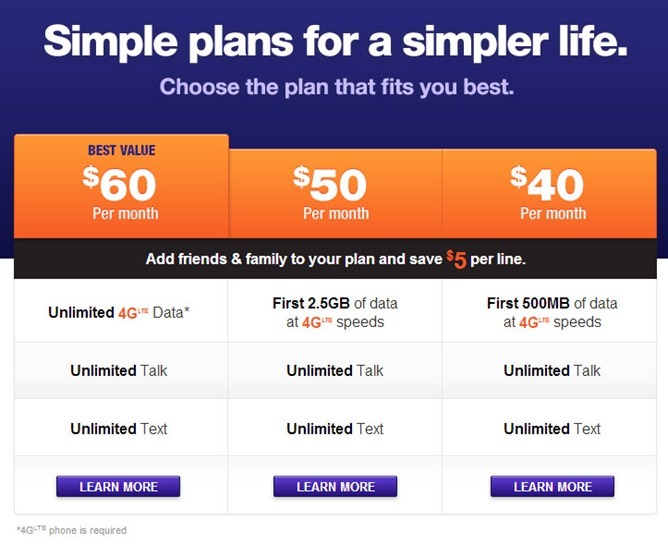 At the $40 level, customers can now access the network at LTE speeds for up to 500MB, after which customers are throttled to 3G speeds. Previously full-speed data was limited to 100MB. under the somewhat nebulous label "multimedia streaming." The $50 plan gets a similar bump, from 1GB of unlimited LTE data up to 2.5GB. The two $60 unlimited plans, one for Rhapsody music and the other for MetroSTUDIO video, are now consolidated into a single $60 option. Customers will not incur overage charges no matter how much data they use, and voice minutes and texts are unlimited on all three plans.

As a method of limiting LTE data use, MetroPCS has an elegant solution: no one will find themselves suddenly cut off, and no one will find a nasty surcharge on their bill, while those who really need unlimited access to high bandwidth can pay a little extra to keep it. A generous bump for the lower plans probably means that MetroPCS wasn't using all of its available bandwidth in the former plans. Let's hope these affordable options stay on the table once the T-Mobile acquisition is complete later this year.

Samsung Rehashes The Galaxy S II With The S II Plus, A Dual-Core Handset With Jelly Bean