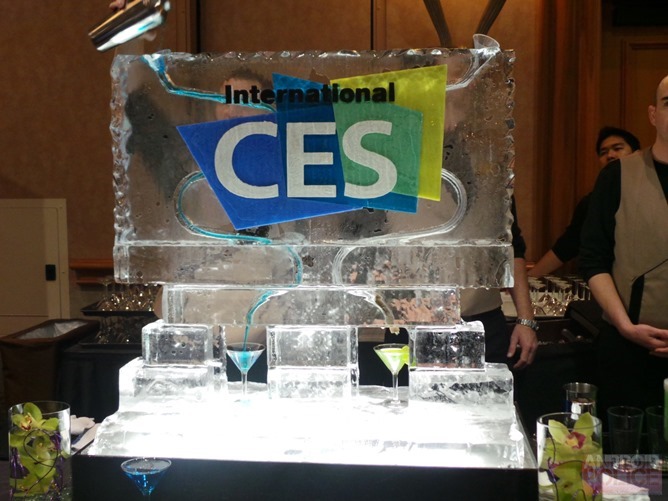 2012 had stuff. Cool stuff. Samsung did a Smart Window thing. Moto announced the DROID RAZR MAXX. The DROID 4 was unveiled. Sony announced the Xperia S and Ion. We saw Intel Medfield Android tablets and Medfield smartphones. AR.Drone 2.0 made its first appearance. AT&T announced six phones. Toshiba made a bunch of tablets. We were treated to a preview of the tablet that would later become the Nexus 7. Sprint outed is first LTE phones. The Transformer Prime was announced. Acer did a thing. Samsung confirmed the Galaxy Note was headed to AT&T, making it the first (and in any practical sense, only) carrier in the US to do so.

So, what’s happened this year? NVIDIA showed off a really cool portable gaming system called Shield. I mean legitimately cool. And Tegra 4. Though Tegra 4 doesn’t exactly seem to be a massive leap forward, if I’m honest. There was also the Xperia Z / ZL drop, but we’ve seen those phones leaked eight ways to Sunday over the last couple of months anyway.

Can you think of anything else that’s actually worthwhile we’ve seen this year? I don’t consider Huawei and ZTE devices we’ll never see in the US, or Intel’s new downmarket chipset, exciting. Qualcomm unveiled some new chips at an absolutely insane keynote, and these chips do things faster and better..er. But come on, they’re processors – if they didn’t get faster every year, something would be seriously wrong. I’m not saying they’re unimportant (they’re obviously very important), but chip announcements at CES (the CONSUMER electronics show) are low-level nerd stuff that the average person couldn’t care less about. They aren’t products – they’re things that go in the products.

Verizon announced jack squat. Sprint discovered phones have FM radio chips. AT&T wasted 2 hours of my morning talking about a smart home. Samsung took the opportunity to offload the boring-ass, almost certainly hilariously-overpriced Verizon 4G-ified Note 10.1. LG unveiled some new Google TV that isn’t really new and really doesn’t do anything cool, and basically nothing else. Toshiba brought zero new Android products. Acer came with its already-announced $100 tablet, and it’s awful, and actually costs $130-150, which makes it exponentially worse. And oh boy, somebody made the world’s thinnest phone for the fiftieth time. Huzzah.

The best part of this whole conference has been the ridiculous stuff, the misfits – like an Android powered oven. At least that’s interesting. I don’t think it’s good, but it’s interesting. And then there’s RCA’s tablet with a TV tuner – it’s so bad it’s kind of funny, in an endearing sort of way. But it’s still bad. There’s also stuff like the Polaroid Android camera with swappable lenses, and that’s just so bad it’s sad. Tomorrow we’re going to see the YotaPhone (link), and I am genuinely excited about the depths of awfulness it may trawl. Edit: So we saw YotaPhone, and wow, this may be the coolest thing at CES this year (that isn't saying much, but hey) - our hands-on is coming soon. We also might see Shield tomorrow, and I’m genuinely genuinely excited about that.

Otherwise, this year’s CES seems like a bust. And I don’t just mean Android – I mean everything. What did we see? Faster ultrabooks with touchscreens – an exceptionally incremental evolution, if a necessary one for Windows 8. 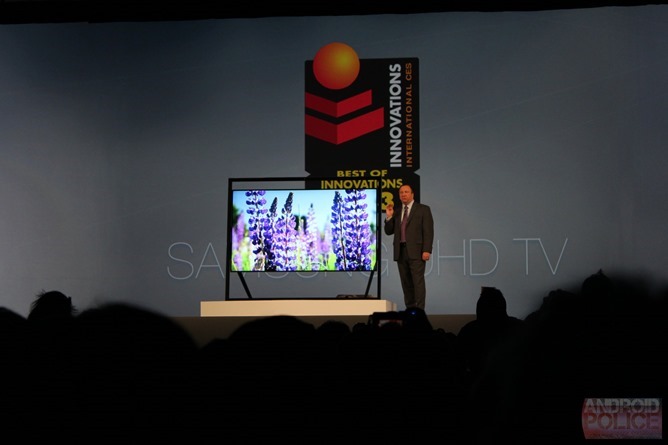 4K TV’s you can’t afford, and even when you can, that don’t really make much of a case for their existence in the first place. We watch things on the internet now. Can you imagine how long it’ll be before 4K streaming over the web catches on, or is practical? And TV still needs a content revolution so desperately that the media is practically inventing Apple TV set rumors because it considers such a product to be inevitable. TVs don't need more pixels - they need to catch up to the rest of the high-tech world we live in.

CES used to be about unveiling a lot of new and truly exciting products. Now, it’s an easy way to lump lame new products no one cares about – or that simply can’t justify their own, separate announcement events, like TVs – under a media spotlight so intense that it makes them seem like they’re something you should care about. Or you can use it to announce old products and kind-of-sort-of pretend they’re newish, like LG did (NVIDIA is guilty of this with Grid, too). It’s a CES reality distortion field.

And it works. I won’t deny that for a second. It’s also been a part of the CES game for a while now – it’s not like the mass offloading of lackluster / old-as-new-again products at trade shows is a new tactic. But it used to be that legitimately cool stuff was interspersed in there, too. This year, though, seems worse than ever. I can’t say I’m excited about a return trip to what is increasingly a self-perpetuating tech circus. There is no real steam pushing this show anymore, it’s 90% reputation fumes. I wouldn’t be surprised in the least if more big names drop out of it entirely for 2014 - and I wouldn't blame them, either.

T-Mobile Galaxy S III Available In Titanium Grey At Best Buy, But For The Love Of God, Don't ...