This year's CES sucks. But that doesn't mean there can't be a few genuinely cool things floating around out there in an otherwise dull ocean of 4K and touchscreens. Case in point: YotaPhone, which sadly isn't even on the CES show floor at all. We covered the announcement of the YotaPhone, but really, seeing and using it in person does the idea so much more justice.

On paper, it seems pretty straightforward: a phone with a screen on both sides. A traditional LCD panel on the front, and an e-ink display on the back. In fact, it sounds incredibly gimmicky on paper - a crazy idea bound to be clunky and poorly executed. The thing is, though, the YotaPhone doesn't feel half-baked, unlike so much of the tech we see here at CES. I, too, wasn't expecting much at all - I was prepared for the worst, if I'm honest. I really did think it was going to be terrible.

But we went hands-on with a prototype, and while it's far from perfect, the YotaPhone as a concept and an idea was, frankly, a "wow" moment for me. Check out the video below.

As you might be able to tell, I like this thing. A lot. YotaPhone claims to be aiming for a Q4 release this year, and with the sort of internals it's packing, that might doom it to commercial irrelevance outside its home market (Russia). Even so, I do hope they get enough market traction to pursue a second generation, and keep the ball rolling on this brilliant idea.

What's so brilliant about it? For me, a new technology is truly innovative when it makes me think "this could legitimately make my life easier or better." And that's the feeling I had within minutes of our meeting with Yota - they found a problem with existing products (all of them), and they fixed it in a way no one had thought to before. First, though, let me talk about the phone.

The YotaPhone has two displays - both are 4.3", and the e-ink display on the back is on at all times (since it consumes essentially zero electricity when it's not being refreshed). Yota has implemented a really interesting replacement for Android's navigation buttons, too - gestures. Swipe all the way across the bottom of the phone for the equivalent of the home button, swipe halfway for back, and press and hold for the recent apps menu. Actually, I quite like it - no more worry about where your buttons are. 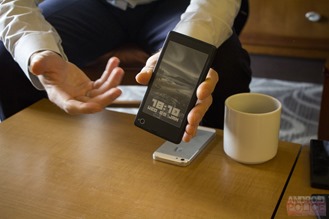 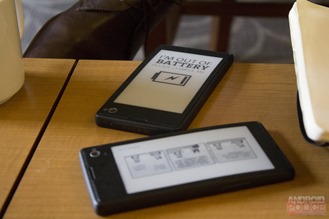 The phone is a little on the hefty side, but by no means is it bulky. I like the curved Gorilla Glass over the e-ink display on the back, too - it's striking. The software right now is pretty beta, but Yota already had some neat things to show off. For example, just drag two fingers from top to bottom, and whatever's on the screen is saved as a screenshot and displayed on the e-ink display on the back. It could be a webpage you want to read later, or a map, or some information you need to remember. Apps designed for the e-ink display work like widget settings menus, and when you have them configured as you want, you simply press a button to send it to the back. The e-ink display has a small touchpad as well, for flipping pages in ebooks, or for multitasking between items displayed on it (eg, if you want to go back to your weather widget once you're done reading). Yota has really thought this out.

That brings us back to our question: what's the big problem the YotaPhone solves?

Information at a glance. You know what bugs me about every smartphone in existence? When I want to check something quickly - be it the time, the weather, or how many new emails I have, I am required to go through a process. That process, at the least, requires two actions. For checking the time, I need to pull out my phone and press the power button. Email takes more - I need to pull it out, press the power button, pull down my notification panel (unless I'm using some kind of email widget on the lockscreen), and read. Weather could be the same as the clock, though it could take more, depending on the phone. 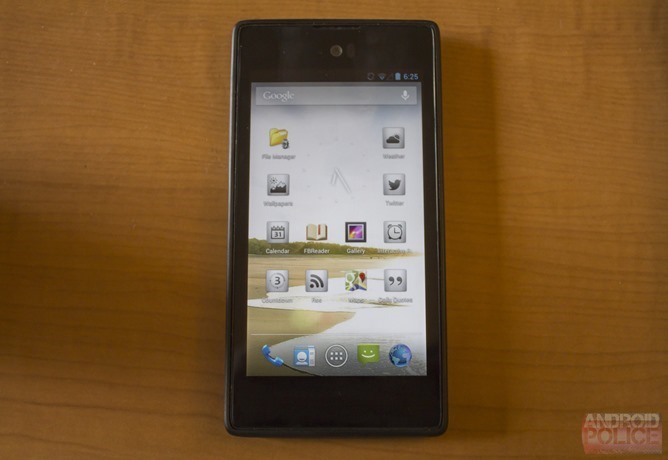 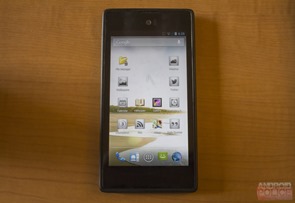 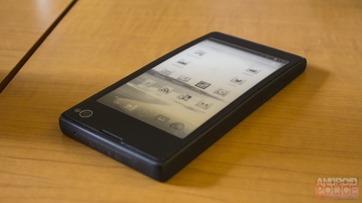 These kind of actions are ones I repeat ad nauseum dozens, if not hundreds of times a day. Add up all the battery life and time wasted, and it becomes significant. Sure, these are simple activities already, but they have by no means been reduced to the most simple paradigm possible.

The YotaPhone is a blueprint for this reduction, and I genuinely think we'll be seeing this idea in various incarnations in other products in the coming years. The information you want at a glance can be on the back of the phone - always. The e-ink display will retain its image even after the battery dies, it's readily visible in sunlight, and consumes very little power.

Let me put it this way. Imagine you pull your phone out of your pocket (or simply have it lying face down in front of you), and glance at the back - you see the time, the weather in the last 30 minutes, the number of new emails you have at each account, or new social interactions, or your calendar. That, to me, is a legitimate step forward. You don't have to press a button - you just look.

Am I saying YotaPhone is going to be the product that turns the industry on its head with this idea? Well, no. Almost certainly not - first generation products rarely do. And even if it does, that revolution likely won't be televised in the US, or most of the rest of the world. But other people - other companies - will see this idea, and they'll see the excitement around it. And they'll start tinkering. Samsung, Apple, Microsoft - whomever, I guarantee they're all watching - the possibilities are already floating around in my head.