We've heard quite a bit about Samsung's prototype flexible OLED display over the past couple of years, and it looks like the company is starting to mature the tech, as it showed off the most practical phone design we've seen yet.

Just to get this out of the way up front – this phone is not flexible. It's just using the flexible display inside of a rigid case, so it's no different than current phones in that respect. When it comes to specs, Samsung wouldn't give up details, only telling The Verge that it's "about 5-inches across" with a resolution of "about" 720p. Awesome. 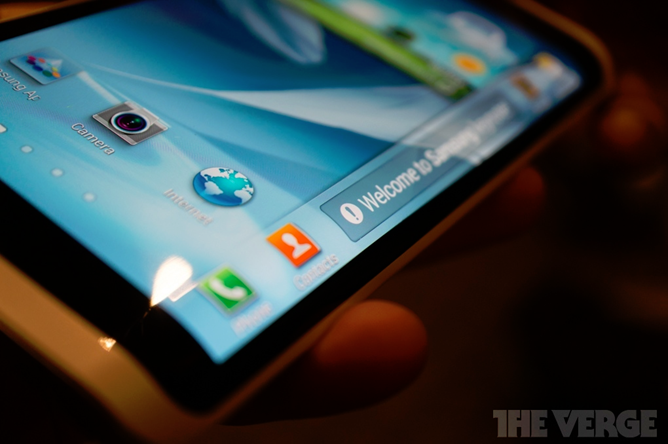 From what we can tell, it may be running some super light fork of Android (judging purely on the icons), though it's missing any and all navigation buttons, as well as a status bar, launcher, and the like.  Scratch that – it's essentially a digital picture frame, which cycles through various images showing what the display can do and isn't running any sort of mobile OS. It's also lacking essentially everything else: camera, radios, and most other hardware features. This is very, very much a prototype to display one potential use of this sort of curved display.

As far as practical application, though, it's clear that not even Samsung is sure what to do with this phone's "display lip." For now, it can output stocks, emails, and similar notifications. I have to admit, though – I don't personally see the point. Why do I need notifications scrolling across the side of my phone again? Sounds like a more modern version of the Continuum to me. 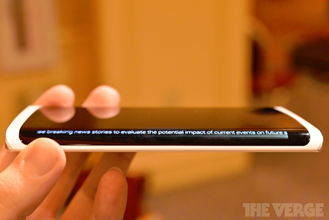 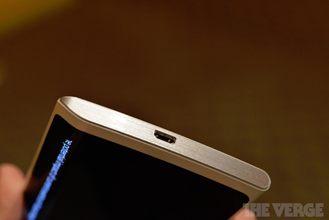 Of course, the idea is neat, and there's no denying that. It'll be interesting to see where Samsung ultimately goes with this – but that probably won't happen any time soon.

[CES 2013] The Dual-Screen YotaPhone Is Probably The Coolest Idea At This Year's Otherwise Lame ...

[CES 2013] Redbox Instant Set To Launch By March, According To Verizon CEO