The long, long wait is finally over, at least for those of you who backed the phenomenally successful Pebble Kickstarter campaign. After initially promising to ship orders in September, then getting swamped with almost 70,000 pledges and more than $10,000,000 in funding, Pebble Technology has committed to shipping its e-paper Bluetooth watch on January 23rd. The email was sent to backers to coincide with Pebble's CES press conference. There is no word on when Pebble's watches will be available for general purchase.

The four months between the initial release date and the now confirmed shipping date have not been idly spent. In that time, features like a waterproof coating, magnetometer, vibration motor, a Macbook-style magnetic charger, and an ambient light sensor have been added. Backers who paid extra to get the "hacker special" have already received their units, as well as access to the Pebble SDK, and are hopefully churning away on apps. The makers of popular exercise app Runkeeper have already confirmed that their app will sync with the Bluetooth-enabled smart watch. Pebble is planning regular software updates, every three weeks or so, to keep it updated. 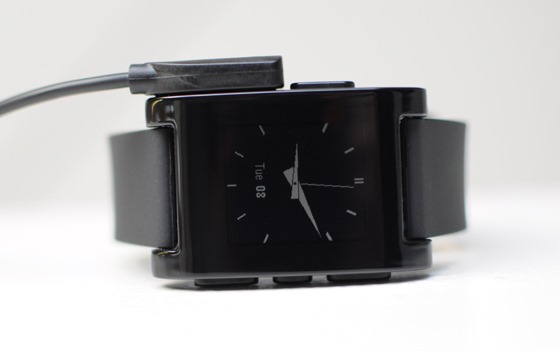 There's an Android Police writer on the long list of Pebble backers, so we'll be getting our wrists on one by the end of the month. Here's hoping it turns out better than the poorly-received I'm Watch.

[CES 2013] The Dual-Screen YotaPhone Is Probably The Coolest Idea At This Year's Otherwise Lame ...