Verizon has a thing for carrier branding. Lately though, they've really been going overboard, particularly on the Samsung Galaxy Note II, which had a Verizon logo on the home button. That easily won the award for most obnoxious carrier branding ever on a phone.

In Vegas though, Verizon has topped themselves. David and I were wandering around the "CES Digital Experience" pre-show event and we saw THIS: 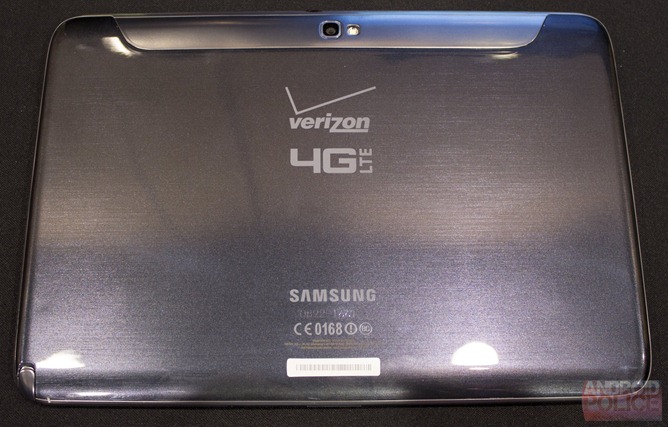 This thing Is the Verizon Galaxy Note 10.1. Now you might look at that picture and think that's not a big deal, but keep in mind this isn't a phone, or a 7 inch tablet, this is a 10 inch tablet. That logo is freaking huge. Perhaps some scale will help: 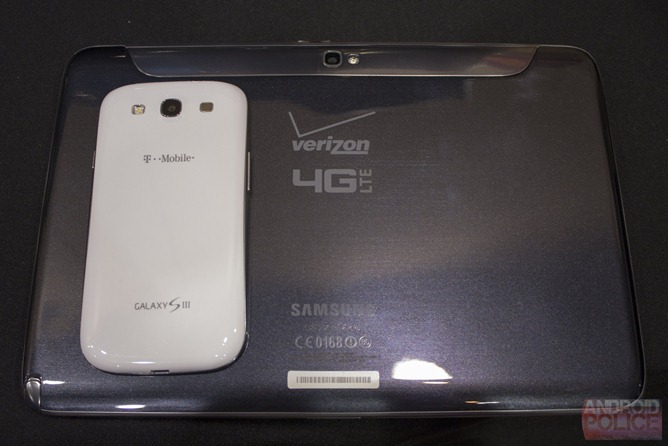 There it is next to a Galaxy S III. The Logo is nearly half the size of that entire phone. That's just shameful. I guess the only place to go from here is a full logo wrap around the entire device. I wouldn't put it past Verizon.

Other than the LTE modem and the Verizon billboard, it is just a regular Note 10.1. It's still squishy. Verizon probably can't help themselves, but Samsung should really have the clout to put a stop to this. It's disgusting.