Have you heard of TransferJet? We won't begrudge you if you haven't. It's a fairly obscure bit of technology that hasn't managed to work its way into many consumer products, despite first launching to the public back in 2008. So, consider this whole article a bit of indulgent dreaming when we tell you about Toshiba's newly-announced micro-USB adapter that can add TransferJet capabilities to Android phones. What does that mean? Well, it means 560Mbps transfers between devices with a tap. To put it another way: you could easily send 250MB worth of data from one handset to another in the time it takes to read this sentence (or about 70MB/sec). 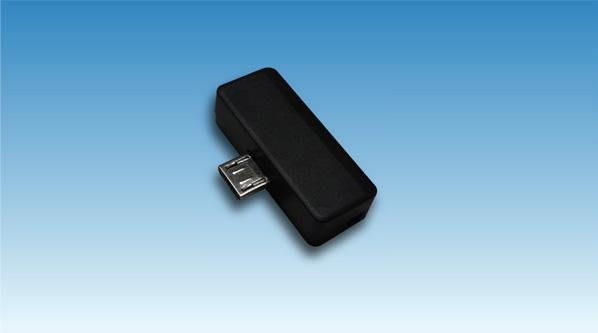 Before you get too hot and bothered, a little more background is in order. For starters, TransferJet has existed for a while and serves as something of a competitor/complement to NFC in that it requires very close range (only a few cm), can speak directly to the device it's touching without a mediator unlike WiFi devices which need a router, and uses ridiculously low amounts of power. Where it differs is that it can't be used in passive tags (so you can't embed photos of video in a keychain or something), transfers data insanely fast, and it does not have a huge amount of widespread support.

A consortium of companies have signed on to be "promoters" of the standard, but for an example of just how much a group of tech companies working together guarantees a product's proliferation, I'd like to direct you to the Google TV alliance. Or the Android update alliance. While big names like Nikon, Samsung, Sony, and Toshiba are attached, that doesn't mean that everyone is going to be jumping on this. As further evidence, the last two generations of Galaxy S Phones have included NFC (on at least some models) yet, despite TransferJet being as old as Android itself and Samsung being among the key partners, there is a distinct lack of support on the most important flagship phones from the manufacturer.

Does this mean we'll never see TransferJet become standard? Certainly not. Any kind of new spec takes time to grow and despite the relative lack of consumer facing devices that include it, this tech keeps showing up CES after CES. Still, it's unlikely that this generic micro-USB dongle is going to be the accessory to save the spec.

If you're still interested, however, Toshiba will be selling this unit to smartphone and tablet manufacturers in March of this year. They'll then be able to develop Android-based software for it. With a bit of luck, we might see some dongles show up around Summer.

Okay, yes, the more I write about it, the less convinced I am this will actually catch on in any meaningful way, but I did say this was indulgent dreaming, right?