I could probably count on one hand the amount of things at CES that are 1, new, and 2, run Android, so we are left with stuff like this. 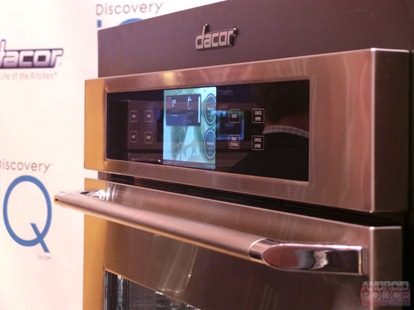 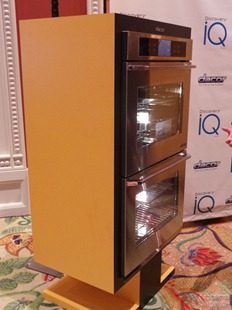 This is an oven, an oven with an embedded 7-inch touch screen that runs Android. It's called the Dacor Discovery IQ Wall Oven. Here are some specs.

The oven runs Android 4.0.3 (I can't believe I'm typing this) in tablet mode. Dacor has an app that will let you do oven things like adjust the temperature, set a timer, and show the time. You can even remotely do oven things from another Android device. 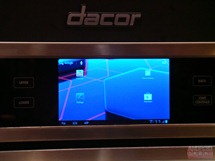 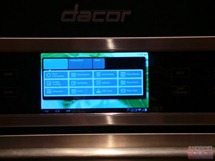 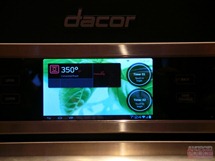 Everything works, although using the navigation buttons is a little strange because the tablet isn't flush with the front of the oven. There's a lip that makes hitting anything on the edge of the screen a bit of a challenge. It runs like a budget Android tablet, you will see some stuttering while swiping from screen to screen. On the plus side, it comes pre-loaded with the Play Store, so you can easily play Angry Birds while cooking one.

We made the mistake of asking the nearby oven salesman for a demo of the oven, and he ended up talking about BTUs and things like that. So here's a very-much oven-centric overview of this oven. You've been warned.

If you're interested, all this can be yours for the low price of seventy-five hundred dollars. Isn't CES awesome?