Fancy a new 5" superphone? ZTE may have something to pique your interest - if you live in China. The company's latest high-end device, the Grand S, was unveiled yesterday prior to CES, and we got some hands-on time earlier today. It hits all the right points: 5" 1080p display, 13MP rear camera, 1.7GHz quad-core processor, Android 4.1, LTE connectivity, and is a fairly stunning 6.9mm in profile. 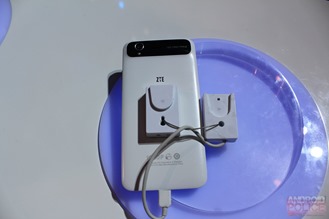 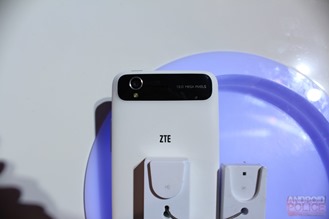 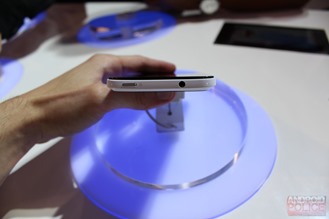 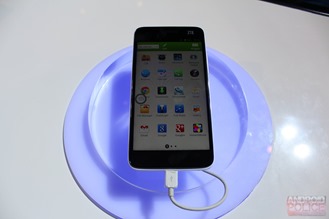 But, ZTE wasn't shy about discussing market availability: China. It's possible the Grand S will makes its way to Europe, but the only locale ZTE was willing to commit to availability on today was its own. As far as the US, ZTE makes a number of low-end and midrange handsets for carriers here in America (Sprint, in particular), but those devices are typically rebranded, redesigned versions of existing ZTE hardware. So, it's possible you could see a phone like the Grand S in the US at some point this year, but it probably won't be called that, and it'll probably look different, too. But it's equally likely it'll never come at all.

As far as my impressions, the Grand S was undeniably quick. ZTE's UI overlay, though, was definitely registering high on the weirdometer. There's a persistent software back button that sits above the screen constantly, like a floating app (I assume it can be disabled / hidden, but I didn't figure that out in my brief hands-on). When you're on a homescreen, tapping it will also show the recent apps button, home button, and menu button. It's really strange, and I'm not sure I really get the usefulness on a phone that has hardware capacitive navigation buttons to begin with. It definitely seems redundant.

ZTE's lockscreen was also interesting, with a dense rotary menu. Honestly, this may all seem a little more normal in the Grand S's home market, so I'm not going to judge too harshly. I do wonder just how big a battery ZTE is managing to fit in that svelte frame, though - the Grand S is crazy thin. This is also probably the best Chinese OEM smartphone I've seen to date, so that's something.

The Grand S will be available in China starting in Q1 2013.

Editorial: CES 2013 Is A Joke And I Honestly Don't Want To Come Back Next Year