If you like Nexus tablets, Vizio is gunning for your wallet. Today, the company announced a duo of tablets running stock Android. The first is most similar to the Nexus 10: a 10" display with the same retina-melting 2560x1600 resolution, only this one is powered by a Tegra 4 processor. Kal-El may not be a slouch, but let's be real. It's hard to not envy the 72 GPU cores that Wayne is packing. 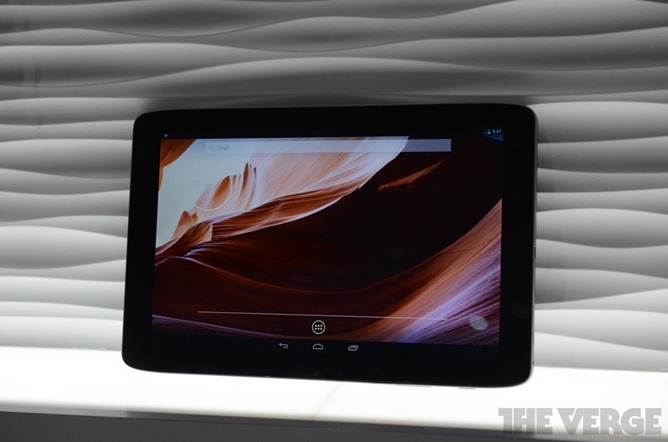 Here are the known specs for the device:

As if that wasn't enough, the company also announced a direct Nexus 7 competitor. This one is nearly identical to Google's model: it packs a 1280x800 IPS display, 16GB of storage, and stock Android Jelly Bean (again). This one is also chugging along with the same Tegra 3 processor as its Nexus inspiration, which may be a downside given that these tablets aren't slated for release until some time in the "first half" of the year. Of course, when manufacturers talk about years in halves, it's usually because they aren't close enough to the final production to nail down even the month of release. Technically even June would still be within that estimate, but by then who knows? We might have new Nexus tablets at that point. After all, I/O happens in May.

Here are the specs we know for this device so far:

As with the 10" slate, this 7" model is running stock Android although, very curiously, it appears to be utilizing the old style of UI. As you can see in the photos above, the time and notifications appear in the bottom right corner and the navigation buttons in the bottom left. Hopefully, this is something that will be rectified by release as not only is it confusing to market "stock Android" to consumers without carrying along the consistent experience, but the old interface is just uncomfortable on a seven inch display.

No word yet on pricing or availability for either of these devices, but once we get some more info, you will.

[CES 2013] PowerA Announces A New, Bigger MOGA Pro Controller, For The Large-Handed Among You