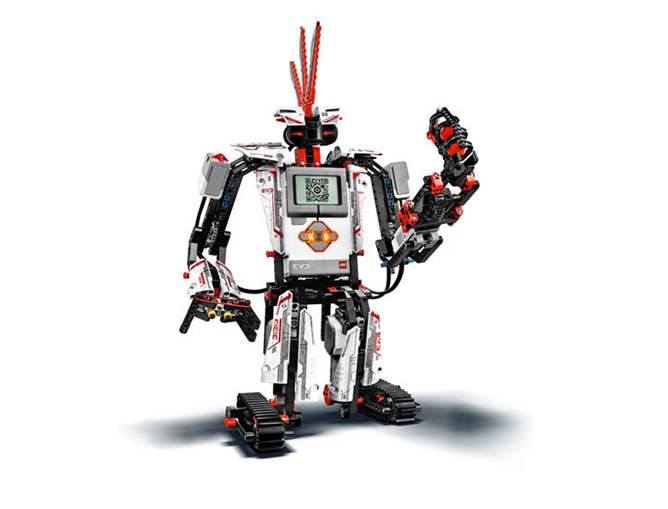 The main part of the new kit, the Intelligent Brick (seen above as a glowing torso with a QR code on its chest) will have more processing power, more memory, and more on-brick programming capabilities. It will also have a new infrared sensor, Linux-based firmware, a USB port and SD card slot. This thing comes fully loaded. If that wasn't enough, though, this kit will include "full... Android compatibility out of the box."

Previously, you could use Android to control some Mindstorms kits, but the popular MINDdroid app was merely a fan-made piece of software. This new set will require no special tweaks or hacks in order to get it working. However, every other kind of tweaking and hacking are highly encouraged.

This new set will go on sale in the second half of 2013 and will retail for $349 USD, €349 EUR or $399 CAD. There will also be a special version specifically designed to cater to educators, so teachers? Start lobbying whoever it is that you need to convince in order to get these in your classroom. For the children.