After revealing the "world's thinnest" smartphone earlier today with the One Touch Idol Ultra (at a svelte 6.45mm), Alcatel has let fly news about the rest of their planned CES 2013 lineup.

Alcatel's got more devices in line than you've got pockets, from a pair of 7" tablets (in standard and HD variants) to a bevy of "Pop" smartphones, all of them apparently aiming squarely for the budget market. Grab a snack, because we're going to take a peek at the full array.

First up is the Evo 7 and its HD counterpart (despite how it sounds, neither tablet has anything to do with HTC).  Both variants are described as Wi-Fi tablets that can be "easily upgraded" to 3G (or, in the Evo 7 HD's case, 4G) through their removable 3G/4G modules. The regular Evo 7 runs Android 4.0.3, and carries a seven-inch 1024x600 TFT display, 1GHz processor, 1GB RAM, 4GB internal storage, a VGA front camera, and a microSD slot. As for pricing? Alcatel indicates that's still to be determined. 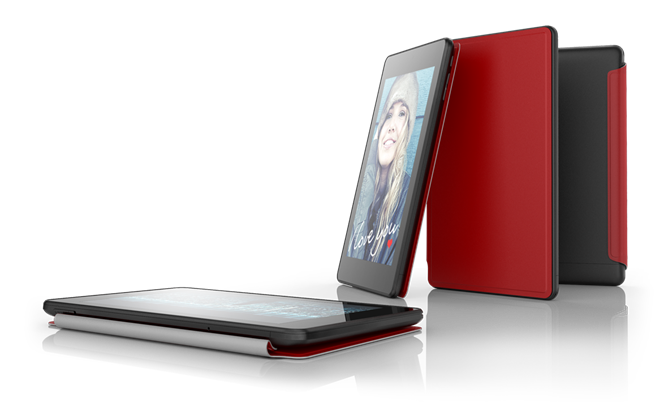 Despite its name, the HD variant isn't too much better, only packing a 1280x800 display, though it does run Android 4.1 and has a boosted dual core 1.2GHz processor. Elsewhere in the tablet's innards, you'll find 1GB RAM, 4GB internal storage, a microSD slot, VGA front camera, and a 3MP rear shooter. This tablet is set to debut at $179 without its removable module, $249 for the 3G-packing version, and $349 for the 4G model. All are slated for a Q3 release in the states, with a May EMEA (Europe, Middle East, Africa) release target. 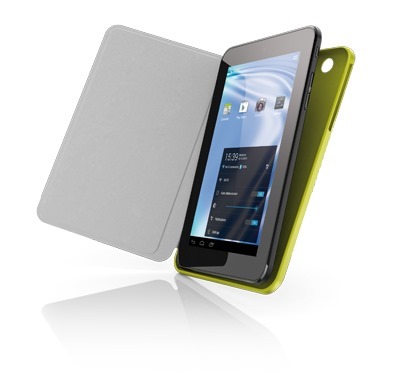 The One Touch Tab 7 and 7 HD tell much the same story as the Evo 7 duo. Both tablets are running Android 4.1, carry 1GB RAM, microSD slots, and VGA front cameras, but the Tab 7 HD has a 1280x800 display, dual-core 1.6GHz processor, 8GB internal storage (with microSD), and a 2MP rear shooter, while the regular Tab 7 has a 1024x600 display, single core 1GHz processor, 4GB storage (with microSD), and lacks a rear camera. The Tab 7 and Tab 7 HD are set for Q3 releases in the US at $129 and $149 respectively, making them the cheapest tablets of Alcatel's lineup. 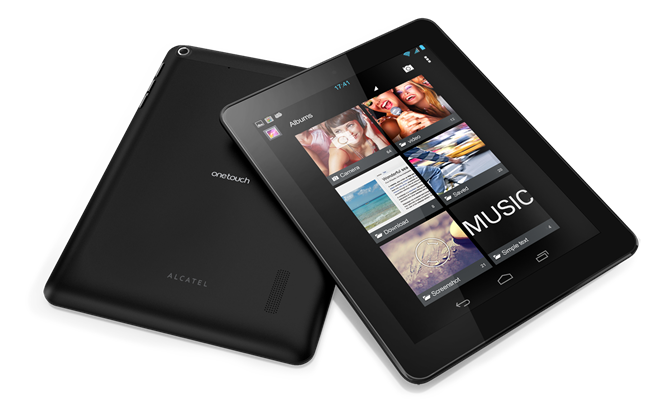 Finally we come to the Tab 8 HD which, despite its larger display, has a resolution of just 1024x768. Under the surface, the Tab 8 HD has a dual-core 1.6 GHz processor, 1GB RAM, 8GB storage (with microSD), and a 2MP rear camera with a VGA camera around front. It's slated for a Q3 release at $179. 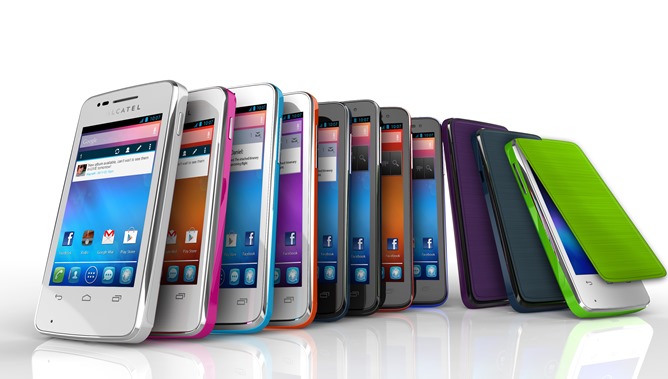 The One Touch Pop lineup is an interesting example of an entire family of devices meant for the budget-minded. All three of the Pop phones are slated to skip the US for Asia/Pacific releases, and they span the gamut from budget to extremely budget. Still, if, as Intel predicts, the budget market will be expanding in coming years, the devices may just find a niche.

The T Pop is truly at the bottom of the budget barrel with a 3.5" HVGA display, a 3.2MP camera, Quad GSM connectivity, a 1GHz processor, 256 MB RAM, and – here's the kicker – Android 2.3 Gingerbread. You read that right.

So there you have it, a brief look at all the goodies Alcatel is set to present at this year's CES. Nothing too exciting, unless you're in the market for an extremely budget-friendly device later this year. For more info, just check out Alcatel's full summary below and stay tuned for the rest of our CES coverage through the rest of the week.