Intel, not to be left out of the early CES fun, had a couple of announcements for tech fans today – a low-powered platform formerly known as "Lexington," (lovingly called Atom Z2420) for "emerging" value smartphone markets, and the Atom Z2760, codenamed "Bay Trail" headed for tablets and higher-end smartphones.

Intel says that it's already found partners in Acer, Lava International, and Safaricom for the Z2420 platform, and that the chip will be capable of 1.2GHz speed, 1080p hardware acceleration, and support for two cameras (with burst mode). With the Z2420, Intel is hoping to target what most call the budget smartphone market, which their release indicates will reach 500 million units by 2015 according to "industry sources."

The high-end Bay Trail SoC, meanwhile, is a quad core, 22nm chip that Intel hopes will expand tablet prospects in both the Windows 8 and Android arenas. 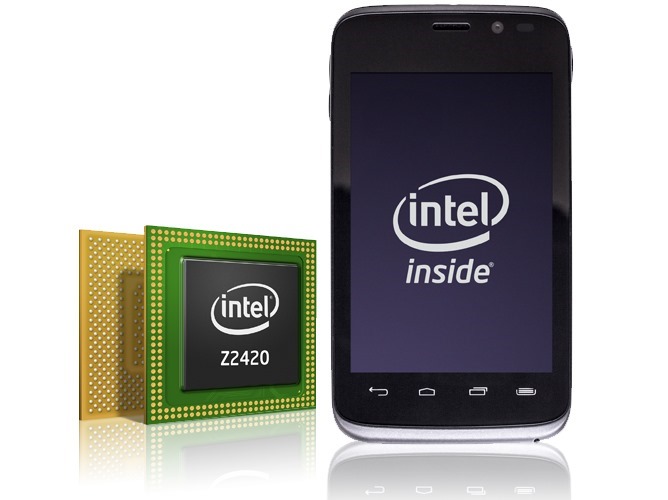 Intel showed off reference designs for devices running with each chip, and boasted that the Bay Trail SoC is "already booting." Of course, the downside is that these chips aren't slated for availability until late 2013, so we won't see any Bay Trail tablets (or ultrabooks for that matter) for quite a while.

If nothing else, though, Intel's showing today reaffirmed the company's earnest approach to the mobile market, and may provide some interesting competition for the current rulers of the mobile SoC realm. For more information, just check out the link(s) below.