Now that we've said goodbye to December, it's once again time to take a look at the month's best new apps. Of course having reached January, we've also started a new year, and our full look at 2012's best new apps and games will be ready shortly. That being said, December 2012 had plenty to offer. In the interest of saving our readers some time, and possibly expense, we've rounded up five of the very best apps to hit the Play Store in the last month.

The launcher's focus is on getting you where you want to go faster. The traditional app drawer has been ditched in favor of a quick swipe from any home screen, and folders have been enhanced with "covers," allowing one icon to provide dual functionality by acting as a simple app shortcut, or as a folder with related shortcuts inside. 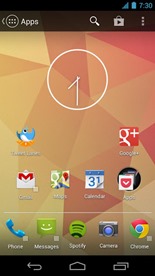 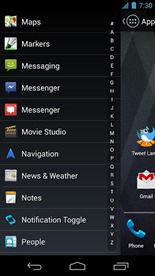 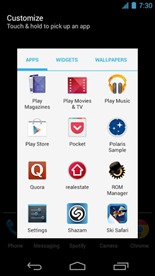 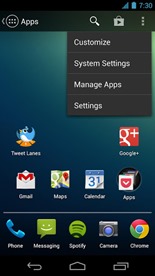 Action Launcher takes some getting used to, but it's a great alternative for those that want something different for their homescreen.

RockPlayer is one of the more popular video apps on the Play Store, but its UI is not great and, as always, there's a lot of room for improvement in terms of functionality. In an effort to alleviate both of those problems, the app's developers released RockPlayer 2.

While not adhering to Android's widely desired Holo design language, there's no doubt the app looks better than its counterpart. What's more important, though, is that it works better. RockPlayer 2 still supports a wide gamut of media formats, but adds sophisticated gesture controls, HDMI mirroring, and network streaming options. 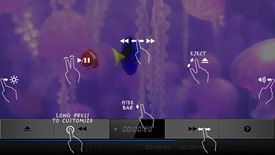 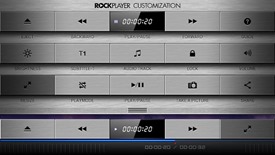 Despite the fact that RockPlayer 2's interface is not entirely optimal for the Android platform (look at all that brushed metal!), readers would be well-advised not to shrug it off too soon. There's a lot of great functionality behind it, and it's an extremely versatile media player. 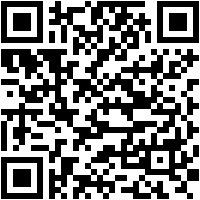 So what does Press do? It's basically an RSS reader that pairs perfectly with Google Reader. What makes it special is its interface. It provides you with every bit of information you could hope for from your feeds without the ostentatious, in-your-face visual pizazz of apps like Flipboard. Switching between feeds and stories is ridiculously intuitive, and the overall experience is just great. 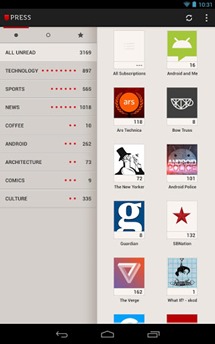 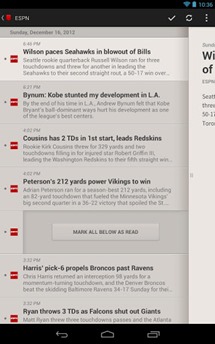 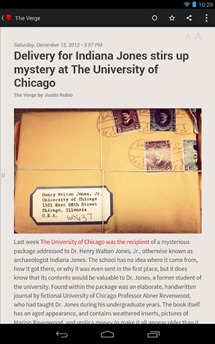 Press is still wanting when it comes to certain functions (for example, when it all becomes too much, I'd love an option to nuke my 1000+ unread items and start fresh), but it's off to a great start, and worth every penny of its $1.99 price tag.

The idea is simple – take the process of conference calling, and make it visual. Past that objective, however, ÜberConference adds a ton of functionality to group calls, including a feature called Earmuffs, which allows users to speak privately with individuals or groups while others remain on the call. The app also has nice social integration, allowing participants to see each other's LinkedIn, Facebook, Twitter, or Google+ profiles.

ÜberConference wraps its helpful features in a design language that matches that of its desktop counterpart, and makes everything perfectly simple even for first-time users. 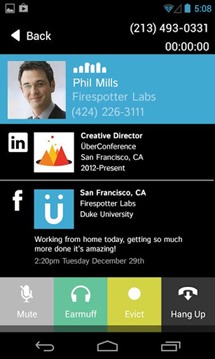 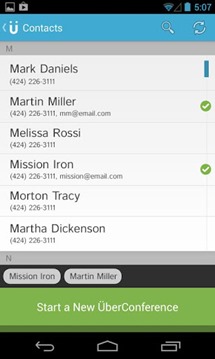 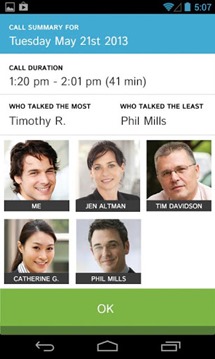 Whether you've been waiting specifically for Über to hit Android, or if you've just been searching for a great conference call solution, this app is worth a look. Okay, so this last one isn't exactly a typical entry in our app roundup, and it's still in beta, but it's definitely worth talking about. SwiftKey Flow has been hotly anticipated since October 2012, and finally made its first beta appearance in early December. For those who missed the buzz, SwiftKey Flow is a new feature for the already impressive keyboard, which allows for intuitive, intelligent gesture typing similar to Swype and Android's new stock keyboard, but with the rest of Swiftkey's functionality to back it up. 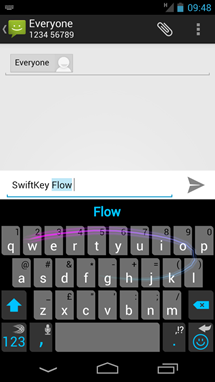 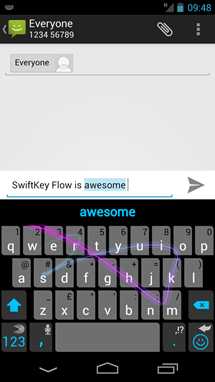 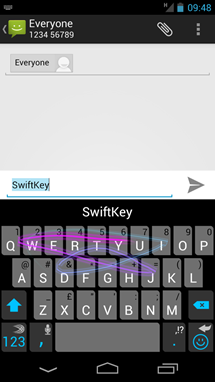 If you've been looking forward to SwiftKey Flow, or just want a great gesture typing option that comes with SK's unmatched prediction power, just hit the link below for the beta.

If you've been looking for some new apps to spice up your library, December had something to offer. From a launcher to a conference call guru, you can't go wrong with the apps we just discussed. Even if none of the above apps suit your fancy, keep an eye out for our larger semi-weekly roundups of both apps and games.