Fulton Innovation, a pioneer of wireless charging, is no stranger to showing off their tech at CES. This year, though, they've got something a little unusual – a prototype technology that allows a tablet to charge a phone wirelessly.

It looks relatively simple, but there are a few rules – both devices can charge using the Qi standard, and the tablet can charge any Qi-compatible phone. You won't be able to use the tablet while it charges another device, though.

At first blush, the tablet/phone charging duo seems to have limited application – after all, you'd need to stop using your tablet for quite a while, just to get a little more juice into your phone. Still, there's no doubt we'll be seeing more devices compatible with Qi wireless charging in the near future, and it's clear Fulton still has the wheels of innovation turning. 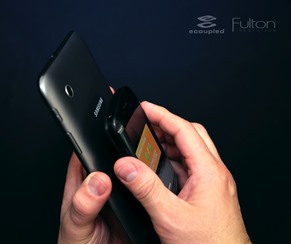 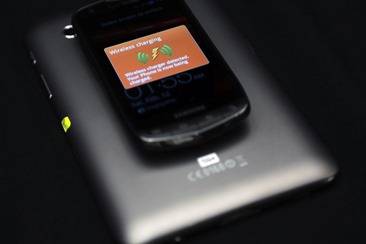 Fulton is also said to have in store a multi-device charging mat, which can adapt to the power needs of the specific devices underneath it.

Between Fulton's wireless charging goods, Belkin's WeMo plans, and Dacor's Android-powered oven, CES 2013 is certainly off to an interesting start. Stay tuned for our complete coverage the rest of this week.