Back in 2011, Eric Schmidt (among others) predicted that Android would soon power home devices, including refrigerators and other appliances. Samsung fulfilled the refrigerator vision with the RF4289. We've questioned the wisdom of Android-powered appliances in the past, but today's pre-CES announcement from Dacor is definitely worth talking about. The California-based company, known for manufacturing quality home appliances, has just announced an Android-powered in-wall oven.

That's right – a (thirty inch) smart oven is on the way, and it's powered by a seven-inch device (called the Discovery IQ controller) with Android … ahem … baked in. And guess what – it runs the Play Store. Yes, you can finally play Angry Birds while cooking meatloaf. 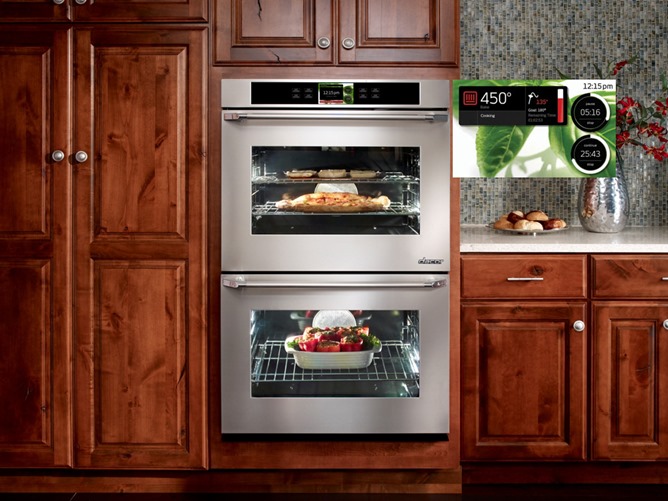 Of course, one of the (many) important questions about this device is – "what are the specs?" Here's a quick look:

So, it isn't exactly a Nexus 7, but then again, who needs a quad-core oven? One thing is certain however – those who do need a smart oven will need plenty of cash to get it – the smart oven, which is expected to debut in Summer 2013, will run $4499 for a single wall oven, or $7499 for the full, double wall oven. For more information on Dacor's oven and Android's latest foray into your kitchen, check out the press release, linked below.