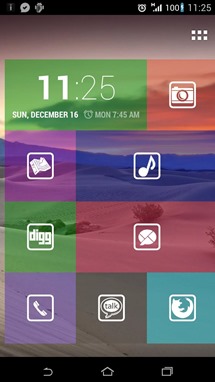 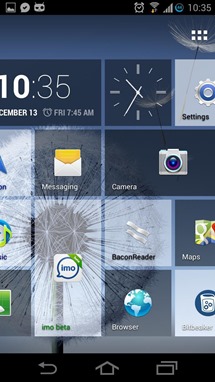 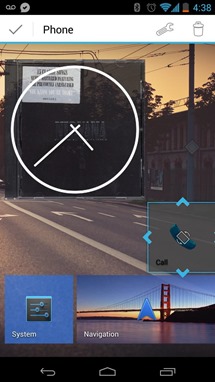 You know...it kinda grows on you. While I've never been a huge fan of the Windows Phone interface as is, the tiles here are pretty slick and, as in the left-hand screenshot above, with some custom icon tweaking they can be made to look gorgeous. Most default tiles won't be anything more than app icons on giant colored squares but even that can look better than stock to some.

There are a few unique features, as well. For starters, you can customize spacing between tiles. As mentioned before, you can change your wallpaper, and even choose a live one, if you'd like. Best of both worlds! Also, scrolling isn't paginated as it is on most launchers and, instead, opts for one continuous horizontal mobile desktop. If you've used any Metro-style interface, you'll probably feel right at home.

The app is free on the Play Store right now. It should be pointed out that the "beta" in the name isn't there for kicks. While adding tiles and launching apps worked flawlessly for me, some things did appear to be broken or incomplete, like adjusting tile transparency. Your mileage may vary.