In this age of tiered data plans, an unlimited option is increasingly hard to come by. Well, little T-Mobile is looking to attract more customers by offering just that – an new unlimited data plan. The carrier already offers an unlimited option on its contract plans, but now that tier is being extended to its popular Monthly4G prepaid service. 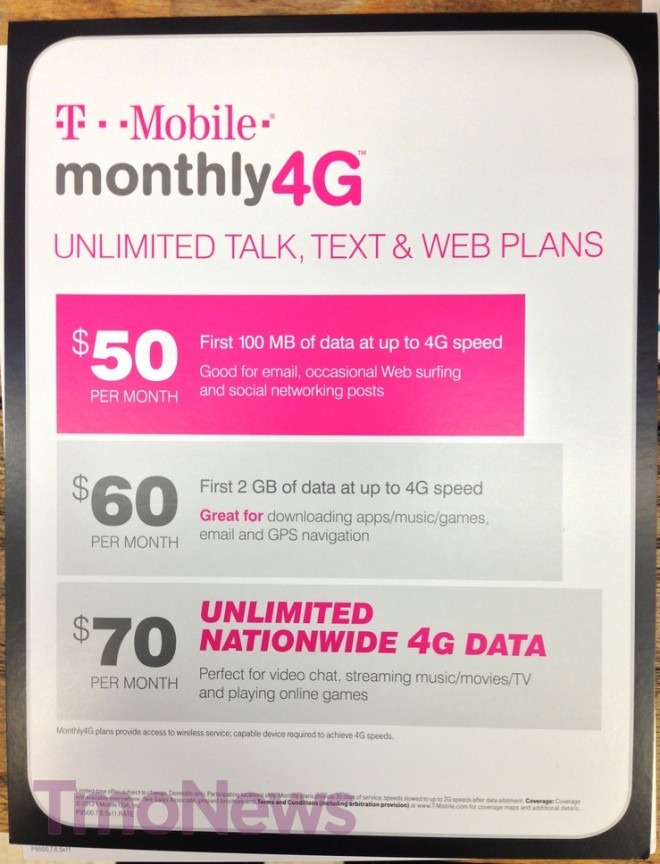 The offering will come in at $70 per-month and replace the current $70 Unlimited talk/text and 5GB data plan. That's a pretty killer deal for anyone already paying for a 5GB soft-cap. This unlimited plan will allow users to pull down as many bytes as they like at full HSPA+ speeds. T-Mobile's non-unlimited plans (which they still confusingly refer to as "unlimited" in some instances) are throttled down to 2G EDGE speeds when the monthly cap is reached.

This just serves to make T-Mobile's prepaid service that much more attractive for anyone waiting on a Nexus 4 from the Play Store. The alternatives just aren't much cheaper, and there are no other unlimited full-speed options. The change happens automatically on January 9th.