Great, now that I have your undivided attention, let me explain. So, you, like most reasonable human beings, think playing Starcraft on a tablet would be pretty awesome. It's been tried before, but usually the result is a messy, laggy ROM on an N64 emulator that requires you to control a cursor with a digital joystick. And as we all know, that's basically like poking yourself in the eye with a hot fork. It sucks.

Enter Winulator. Right now, Winulator is still a pretty young app with a lot of potential, but what it does is really quite fascinating. Winulator is not an emulator. Not really, anyways. Winulator utilizes a few select Windows APIs, but otherwise runs ARM-friendly code straight from your device's onboard storage. But how in the heck can you make Starcraft - an x86 Windows game - ARM/Android-friendly?

This is where the magic happens. The developer of Winulator has developed a tool called WCH, the Windows Converter Helper. This tool takes your Windows/x86-ready EXE and DLL files from a particular program and converts the underlying machine code into an ARM-readable format. If you're like me (eg, not a programmer), this basically sounds like witchcraft. But it's witchcraft that works. Take a look at the video below.

He is controlling the entire game by touch - running at full speed. Holy crap. As I said previously, other attempts to port Starcraft have usually relied on messy cursor implementations and other convoluted nonsense. Not this one. You can even configure on-screen widgets that map to virtual keyboard keys or mouse actions, because what's Starcraft without hotkeys?

Now, the bad news: Winulator isn't compatible with Starcraft: Brood War yet. It's a work in progress (each game requires specialized tweaking in order to work). But right now it's compatible with Caesar III, one of my personal favorites, so you can get your 90's strategy fix on that way. Winulator comes in both a free and paid version (there is no practical difference between the two, the paid is really just a donate version for now), and they're on the Play Store.

If you want to play Caesar III (available DRM-free through legitimate channels), you'll need to check out the instructions (it's not a one-click process, but it's worth the result). 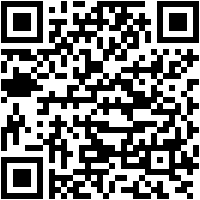 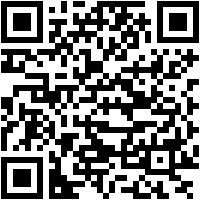 Facedroid Finally Comes To Phones With Update To Version 2.52, Goes On Sale For $0.99