Does the fact that your smartphone or tablet's orientation control conform to its orientation rather than yours constantly enrage you? Well, you could go buy a late-model Samsung device for its Smart Rotate feature, which uses the front-facing camera to see which way your face is pointing and adjusts the screen accordingly. Or you could download GMD Smart Rotate, which does the exact same thing. 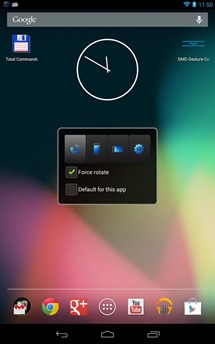 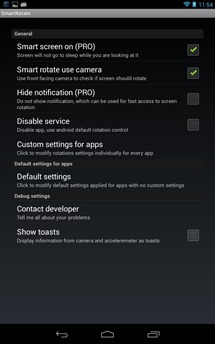 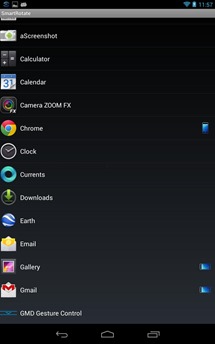 GMD replaces the accelerometer function with facial recognition, meaning that if you hold your phone in portrait mode even when you yourself are horizontal, it will know not to rotate the screen. I can think of exactly one amazingly good use-case scenario: when you're lying on your side and want to read or watch something, and don't have five precious seconds to toggle the auto-rotate function in stock Android. I tried the app out and it seems to work well, though there's a slight delay in order to let the camera snap a temporary photo. You've also got to make sure that your whole face is clearly visible to your front-facing camera - an optional notification makes this easier.

The free version of the app does what it says on the label, with a few extra bells and whistles. The reasonably-priced $2 pro version adds features that will keep the screen on while you're looking at it, hide the notification bar, and allow you to customize the rotation behavior on an app-by-app basis.