InDrive's primary features are neatly contained in its three swipe-able screens: Apps, GPS, and Music. The Apps screen allows you to create a set of custom app shortcuts. The screen comes preloaded with shortcuts to Navigation and Phone, but there are sixteen more slots waiting to be customized. The GPS screen houses what Code Sector calls the "trip computer," which displays your current speed, odometer, average speed, driving time, and plenty of other info. The Music screen is an area where InDrive really shines, for those who use PowerAMP anyway. The app has great integration with PowerAMP, essentially embedding the popular music player's functionality in InDrive's car home UI.

Those not using PowerAMP, though, are only able to perform basic actions like skipping songs, and Code Sector does not guarantee support for music apps other than Google Music. 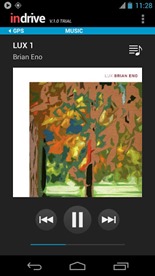 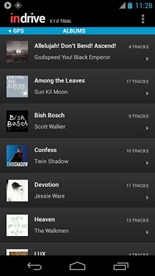 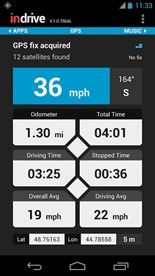 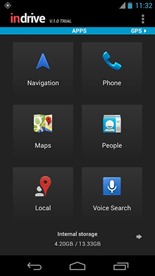 If you're looking for a new car home app, InDrive is worth checking out – the app gives users a fourteen day trial before requiring an unlocker, so there's plenty of time to decide whether the full version's $1.95 price tag is worth it. 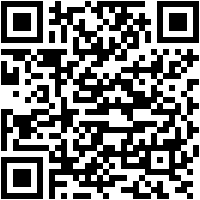