While the boom in the tablet market has certainly seen a gold rush from manufacturers eager to capitalize on the new craze (whether it be with Android or Windows RT), there's an equally-eager market that's attempting to cash in: accessories. Some of them are great, some are bafflingly weird. The PadPivot probably sits somewhere in between. This little thing is designed to fold up and easily slip into a pocket or purse. When you need it, you can unfold it, set it up, and prop your tablet on a makeshift stand that fits comfortably on your knee. 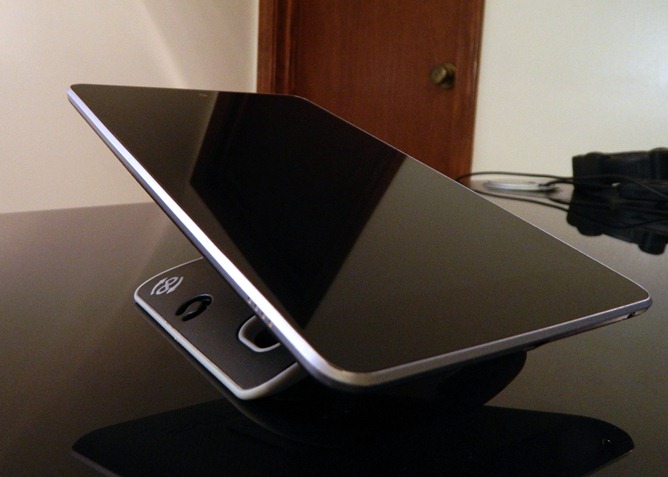 So, it's as normal and useful as a thing can be that's designed primarily to be used by your lower thigh. Which is both good and bad. On the upside, it's a fairly unique tool and probably fills a need for some people. While the list price on the company's website for $40 might seem pretty high, this thing can be had for considerably less on Amazon, especially if you're okay with it being used (and, really, there's no need to be a stickler on this one). So, with that in mind, how does it hold up? 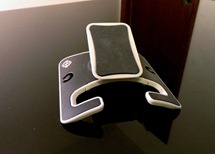 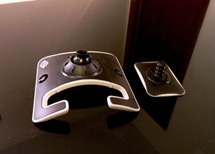 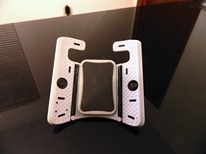 I have to give credit where it's due. This is one of the most unique tablet stand designs I've seen. At first blush, it appears to simply be a curved base with a tilting platform that you can stick your tablet to. Pretty simple. However, one end of the base also has a groove cut in it. Lean the top portion back and it can prop your slate up at a nice angle.

When you don't need it, the raised platform can be unscrewed from the base, then slid into the other side. The legs of the base then fold in to make the entire stand pretty dang portable. This is something you could toss in a pocket without much hassle. 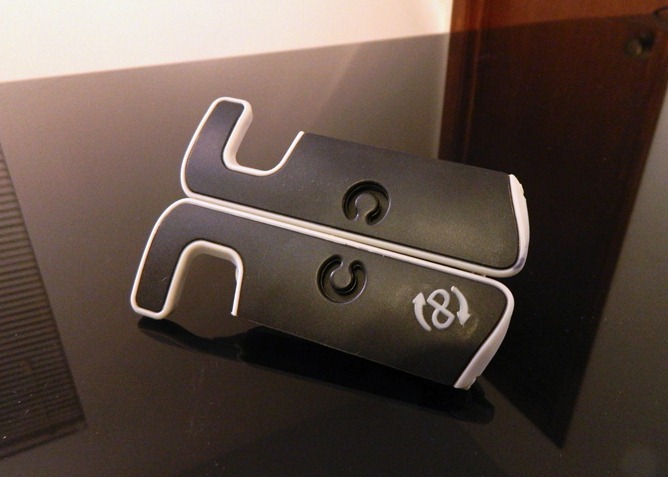 Despite all the moving parts, the Pad Pivot is surprisingly sturdy. The thick plastic doesn't feel flimsy, the joints on the folding pieces are solid and provide good resistance, and most importantly, when you put the stand in position it stays there. For my every day use, I employ the Satechi R1 which is made of aluminum and can be easily positioned. While I'm sure that this thing could withstand a nuclear blast (and not even inside a refrigerator like a pansy), all I really need it to do is hold my tablet up and not break if I carry it about. For those purposes, it should hold up fine. 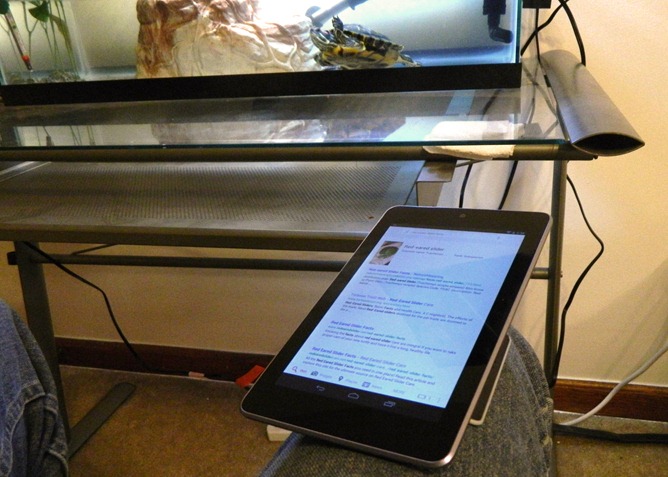 In case you were wondering about the "Chilling with a turtle while reading a tablet" use case, it's pretty much like this.

Here's where things get tricky. To be absolutely clear, this thing performs wonderfully as a tablet stand when it sits on a desk. It's great. I can prop my Nexus 7 up at a few different angles and, when I don't need it, it folds away just fine. I love it. As I mentioned before, I typically use my R1 more than anything, but if the PadPivot was all I had, I wouldn't find myself wanting. However, one of the primary use cases this product is advertised for is setting it on your knee. For that, it doesn't feel any better than just laying my device on my thigh directly.

Here's the problem with anything that's designed to sit on your knee, including, but not limited to, the PadPivot: it's still just sitting on your knee. Unless it's strapped there, it's just going to be chilling out, waiting to fall over. While I can appreciate that this curved stand is designed to fit the thigh better, ultimately it's raising your tablet's center of gravity (a bit to a lot depending on how you angle it) and making it more awkward to use. Obviously this will be a subjective thing. I tend to be more fidgety than most, but if you find that your legs remain relatively still while you sit using your slate, then maybe you could have a go at it. Otherwise, I'd recommend only using this as a desk stand. 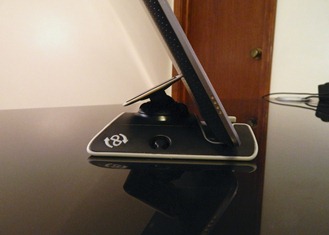 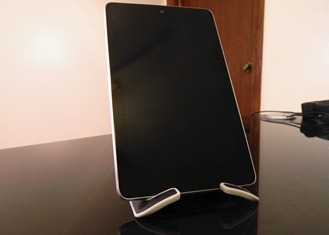 By tilting the platform back and propping the tablet up against it, this thing becomes a great stand.

Again, that's a great use case. Due to the way this thing disassembles and folds away, it's one of the most easily portable stands you can get. It'll fit in your pocket, no problem. That alone gives it an advantage over most other accessories.

As I said earlier in this review, the list price of $40 is highly inflated, given that you can find them slightly to much cheaper on Amazon. However, if you can get a good deal on a PadPivot, I would not discourage anyone from picking one up. I might, of course, advise against using it to prop your tablet up on your knee. If you're comfortable with it, then by all means, but keep in mind that you've got an expensive gadget sitting on your leg and naught but your sense of balance protecting it.

Otherwise, though, this is a stand I'd recommend to anyone who's willing and able to shell out the money for it. It does what it needs to do, its clever compact design makes it easy to fit in a pocket, and frankly, it just looks cool.

Google Extends Free Gmail Calling For US And Canadian Users Once Again, Through 2013