Even though ExZeus 2 was announced for this summer, it’s not until this weekend that it finally came to Google Play. The reasons behind the delay of the sequel to ExZeus Arcade (which is currently rated 4.2/5) are unknown, but it’s worth noting that for now the game is only compatible with NVIDIA Tegra devices. Other versions are scheduled to be released by the end of the year.

So, what’s ExZeus 2 all about? To put it bluntly - shooting, shooting, and some more shooting. Yes, you won’t exactly be using your gray cells for this one, but if you’re looking for some mindless fun, it may be worth giving it a chance. The story takes place over a century after the original - a new threat has risen, and only the ExZeus project can save the Earth from being completely obliterated. I know, I know, the developer obviously won’t win any plot awards, but hey, deal with it.

ExZeus 2 features advanced 3D graphics, external controller support, and online ranking, while the gameplay itself consists of air fights, ground combat, and vehicle sequences. To spice things up, HyperDevbox also implemented some RPG elements into the game, so expect a lot of spending of hard-earned experience points on upgrades for your robot.

The game is priced at $3.99 and requires around 200MB of free space on your SD card. So, anyone who enjoys these kinds of careless, fast-paced, action-packed shooters should consider getting ExZeus 2. 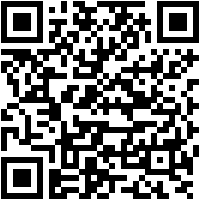