You guys remember Google TV, right? LG does. While the platform hasn't exactly seen stellar adoption rates, the company is still pushing forward with it by integrating it into its new line of television sets. Previously, only two sized models including the software: 47" and 55". Next year, 42", 50", and 60" options will be added to the mix. The hardware will also feature a ridiculously thin bezel, just in case the RAZR M didn't satisfy your dreams of a world without borders. 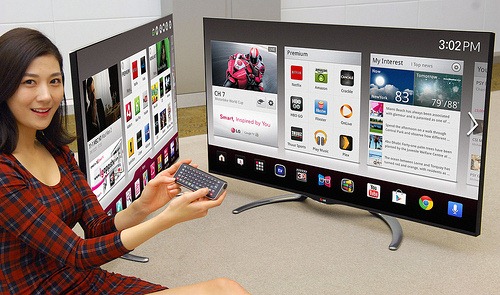 In addition, while there aren't an details yet, LG is also touting "Google TV 3.0" for these new sets. We can't be entirely sure what features will be included, though voice search seems to be one of the selling points. So we can probably expect to see all of the other new features that Google announced last month. Beyond that, the sets will also have OnLive support built in.

We'll hear more about these televisions during CES next month, so keep an eye out.

Gameloft Slashes Prices On Almost All Its Games To $0.99 In Time For The Holidays