Every time I pick up my Nexus 7, I think to myself "you know, if this were 0.9 inches smaller, I'd definitely use it as a phone." Because there's no possible way I'd look even remotely silly holding something that large up to my head, right?

OK, that may be true about me personally, but it seems someone at Huawei had a similar train of thought, as the company is set to unveil a monstrous 6.1" 1080p phone known as the Ascend Mate at CES. Turns out Huawei CEO Richard Yu was just too damn excited to wait, as he pulled this upcoming behemoth out in front of everyone at a Huawei store on Saturday. 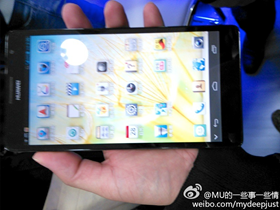 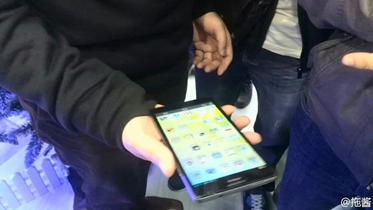 The Mate is rumored to have a 1.8GHz quad-core HiSilicon K3V3 processor and 4,000mAh battery, though other details are scant at the time. Judging from the images, it's pretty clear that it's running Android 4.0 or later, but even that can't be said for sure.

Disney Releases Nemo's Reef, It's A Small World Live Wallpaper, And Where's My Holiday? All In ...

[Four Days Of Tegra Holiday Giveaway] Day Four: Win An Unlocked HTC One X Or One X+, Each With ...