I have a confession to make. I don't care for Evernote. 'Hang him from a gibbet!' I know, but I just prefer Springpad. Which is why I was excited today to see that the newest update brings tablet support for one of the coolest features: Springpad Board. This view allows users to look at all the elements of their notebook—be they text, photos, maps, to-do lists or whatever—as though they are sitting on a table. You can slide and move them around as you will. It's a lovely interface. 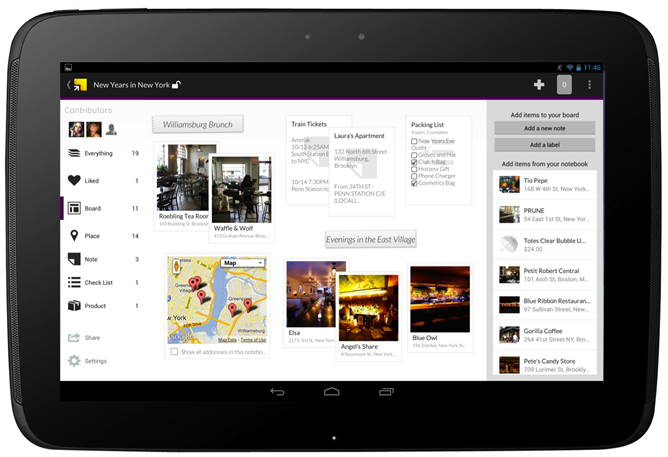 The new feature works on any Android tablet, though as you'd expect it's a little cramped on devices like the Nexus 7. In addition to Springpad Board, there are also a number of extra bug fixes, including better sync, better scrolling, and my favorite of all: "Now the login and signup screens use the email-enabled keyboard."

I'm rarely excited about bug fixes, but for the record developers, I will always get the tiniest bit thrilled whenever this is implemented properly.