Most college kids are at home this time of the year, celebrating the end of finals and/or nursing hangovers. But the ROM's scene's number one destination is hosting classes all year round at the the new XDA University site. XDA-Developers has been working on the extension of the main site as a destination for newcomers to the world of root, custom ROMs, and other Android modifications, as well as a place to learn about more serious Android development. The site is live now at XDA-University.com. 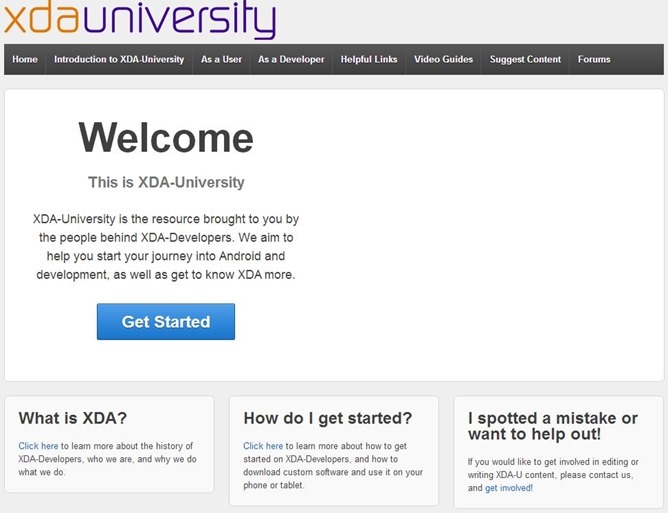 What is XDA University? Well, it's somewhere between a textbook (the introductory page even describes itself as "this book") and a limited wiki. The XDA administrators have described it as "crowd-sourced", and the resources provided will be regularly updated, though there is no way for public users to edit the content. More than anything else, it provides a destination for new Android users (or even experiences ones who to brush up) on the basics of both Android as a operating system and XDA as a community of creators and users. A downloadable PDF of the site will be available at some time in the future.

XDA has grown exponentially since the good ol' days of Windows Mobile, and finding a good place to start among hundreds of portals and hundreds of thousands of posts has become increasingly difficult. Now newbies will have a good place to get their toes wet before jumping into the deep end of the XDA forums, and aspiring developers will have a useful knowledge base to call upon without losing themselves in the search function.

Oops – Google Calls Its Own Device An iPhone If You're Swedish

Adobe Stops Updates For All Touch Apps But Photoshop: 'Some Of Our Efforts Have Been ...