The Nexus line is still one of the few places you can find Android 4.2. The software on most Nexuses has zero interference from carriers and OEMs. That's great for Google as it gets to control the entire software experience. The downside is that there is no one else to point the finger at when something goes wrong. And something is pretty hilariously wrong in the startup wizard on the iPhone – I mean, the Nexus. 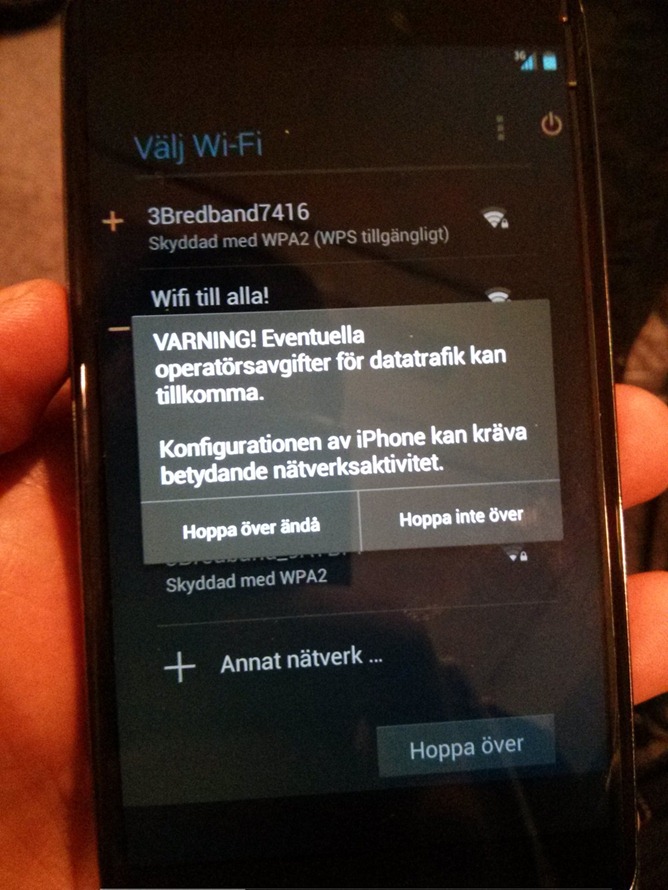 Anyone with their language set to Swedish gets the confused system dialog when setting up the device. Even if you don't read Swedish, you can probably pick out the word 'iPhone' right there in the pop up. The text translates (roughly) as:  "WARNING! Any operator data charges may apply. The configuration of the iPhone can require significant network activity." Emphasis mine.

The original Reddit poster is using a Galaxy Nexus, but we confirmed the bug on a Nexus 4 as well. A change has already been made in AOSP that fixes this embarrassing bug. It was added back in November, but the change has not made it into an update for devices as of yet. If you want to see for yourself, you can find the app in /system/app/SetupWizard.apk on Google's phones.

XDA University Is Live, With Guides For Developers And End Users Alike