If you're looking for an LTE smartphone on a serious budget, look no further - MetroPCS may have just unveiled the cheapest LTE phone to date, in the form of the $150 ZTE Avid 4G. Yes, really, an LTE phone that costs $150. Color us shocked (well, as shocked as we can get about budget phones). 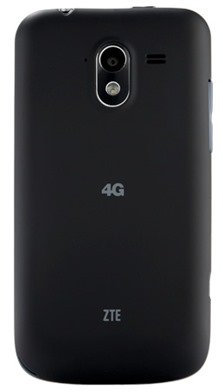 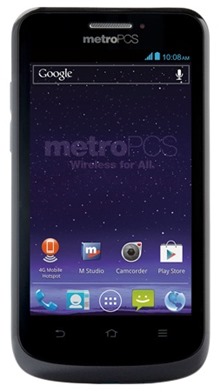 Of course, the Avid 4G is designed to also work with Metro's CDMA network, (thus that whole PCS business) so it won't do much good outside America's smallest national carrier.

The Avid 4G packs a dual-core 1.2GHz processor of some variety, a 4" 480x800 display, Android 4.0, and a 5MP rear camera. Which, hey, a year ago probably would've been decidedly mid-range, as opposed to budget. Head over to MetroPCS's website - or read the full press release below - to learn more.

The Avid 4G is available with any of MetroPCS’ standard 4GLTE service plans which range from $40 - $70 per month, and for a limited time with promotional plans including 4GLTE for $30 and  unlimited 4GLTE for $55.

"The Avid 4G offers consumers a feature-rich smartphone at an excellent price," said Lixin Cheng, CEO of ZTEUSA. "ZTE is committed to helping people connect and share in meaningful ways, and the Avid 4G is a great example of that mission."

The Avid 4G features 4GLTE connectivity, a 1.2 GHz dual-core processor, a crystal-clear 4” touchscreen and is powered by Android 4.0 (Ice Cream Sandwich), allowing consumers to get the most out of their smartphone and applications from Google Play.  Adding to that are the 5 megapixel rear-facing camera and VGA front-facing camera, which make it easy to video chat, capture images and quickly share with friends and family.

The Avid 4G is also the latest MetroPCS 4GLTE smartphone to support joyn™ by MetroPCS, which provides consumers with a unified and intuitive way to share their content with enriched services like integrated instant messaging or chat, WiFi and video calling. The official joyn app can be downloaded via Google Play and the @metro App Store™.  The Avid 4G also supports MetroPCS’ 4GLTE Mobile Hotspot service for an additional monthly charge.

The Avid 4G is available today at local MetroPCS stores or online at www.metropcs.com for $149 plus tax.

ARCHOS Releases Its Custom Video Player App To The Play Store, Charges $5 For The Privilege