As Google continues the work of expanding its Play Store services across the globe, it only makes sense that the giant is also working to provide a cohesive, pleasant experience for users in the 130+ countries that now support paid apps. To that end, Google has announced in a post to the Android Developers blog that developers can now include localized promotional graphics and video in their Play Store listings.

Basically, what this means is that developers can upload separate assets to ensure that users in, for example, the United States will see English-language graphics and video, while others around the world see materials in their own language. Of course, it's still up to the developers to actually create the graphics and videos, as convenient as this new feature may be. 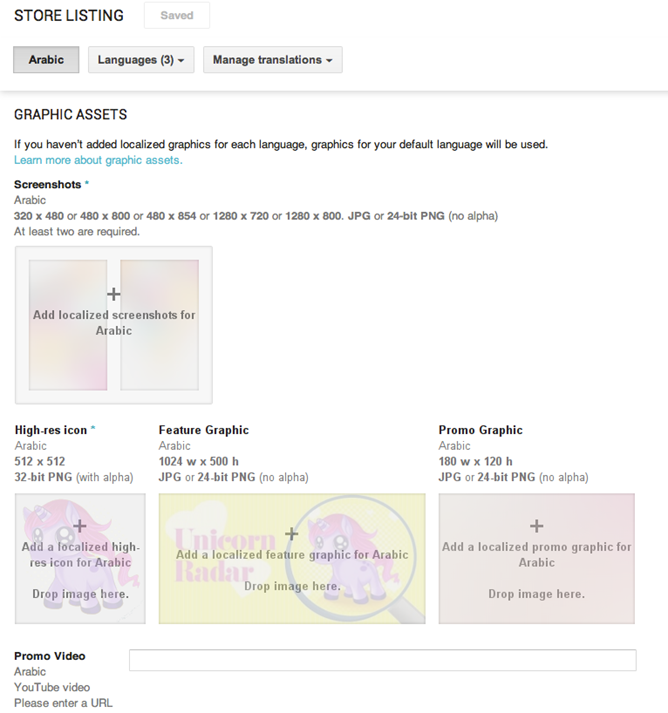 Besides providing a comfortable experience for users in multiple countries, the ability to localize graphics can be used in creative ways – in the blog post, Ellie Powers (Google Play Product Manager) notes that developers can create specialized graphics for local holidays. The post also gently reminds developers to include localized tablet screenshots in their listings, since "a lot of people will be getting new tablets for the holidays."

For more information on the Play Store's new feature, just check out the original post linked below. If you're a developer who's ready to localize your app's graphical assets, you need only head to the Google Play Developer Console Preview.