Chances are, even if you haven't heard of Vudu (though that's a little hard at this point), you might just own some piece of content that can be used with the service. Vudu is a digital movie locker that allows users to rent or buy movies online and have them streamed to their computers, or a number of set top boxes and Blu-Ray players with internet connectivity. This is all pretty standard fare. The standout feature, though, is Ultraviolet support, which happens to be one of the preferred methods of offering 'digital copies' for Blu-Ray multipacks. 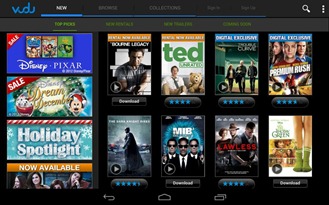 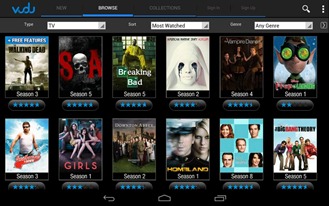 Once you sign in,  you'll have access to your entire library (if you have one), as well as the ability to shop around for anything you'd like to watch. Unfortunately, this seems to be another one of those apps that needlessly locks itself into landscape orientation (I'm looking at you, Skype). It also has pretty paltry device support. While it's only available for tablets (sorry, phones!), even then it doesn't seem to support the Galaxy Tab 10.1 or the Xoom. Which, admittedly, are semi-old devices, but it shouldn't take much to support these if things like the Transformer Prime work. 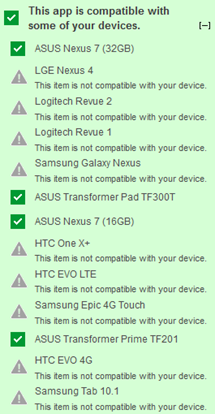 Like I said, you probably have a digital copy or two laying around somewhere. So, if you happen to have a tablet that works with this app, you may as well give it a shot. Also, if this is the first time you've signed up with Vudu, you can get a selection of 10 free movies when you sign up. (Note: a selection, not your selection. You can't just choose any ten from the entire Vudu library.)

Of course, this raises the question, how cool would it be if Google started pushing its movie service as strongly as Vudu/Ultraviolet push theirs? I have a number of 'digital copies' that I've received with some Blu-Rays that I usually end up giving away. If they were codes to unlock that movie on the Play Store, though... man, I'd use the heck out of that. It couldn't hurt to try, anyway. Republic Wireless To Customers: "It's Not OK To Root Your Phone"