You've gotta hand it to the folks in Mountain View. When NORAD decides to pass Google over for Santa tracking data, the company isn't one to sit on its hands and let someone else handle Christmas. This isn't the first year that the data giant has kept you up to date on the comings and goings of everyone's favorite fat bearded man in a red suit, but this Santa tracker may just be the best yet. 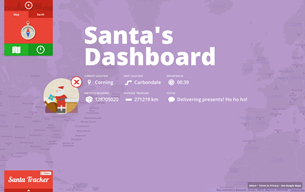 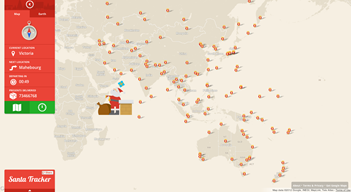 The desktop interface is alive and kicking, as it has been in Christmases past. This new iteration brings new and familiar features like Reindeer games for the kids to play, customized voice messages from Santa and, when the clock strikes 2AM PST on Christmas Eve, kids and parents alike will be able to follow His Jollyness around the world.

Much of this isn't new (for example, Send A Call From Santa has been around since 2011) though just about all of it is updated. The Santa calls have a bunch of new options that are, frankly, more hilarious than they have any business being. Additionally, there is now a brand new Android app and a Chrome extension you can use to follow along with the big guy's journey. 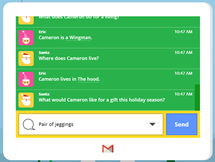 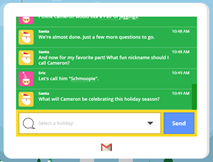 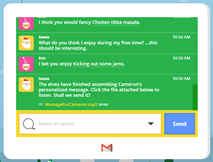 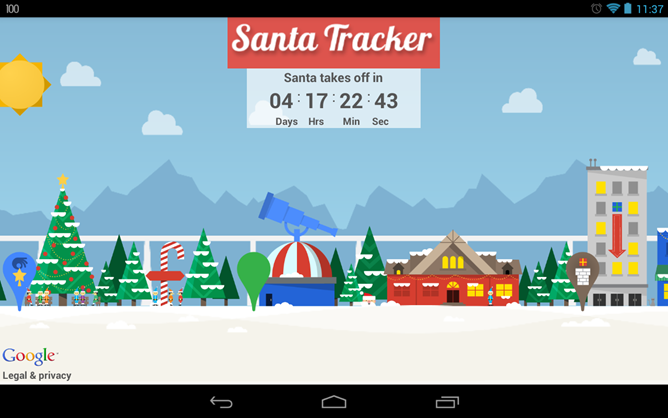 Unfortunately, while the mobile app shows Santa's village, and all the sign posts corresponding to various activities therein, it's really nothing more than the tracker itself. You can't send calls, play games, or any of the fun stuff from your device. It probably won't do anything at all until Kris Kringle takes off on December 24th, in fact. In the meantime, you'll just have to content yourself with the browser.

It kind of warms my heart to see Google put so much thought and love into this thing which is, essentially, just a game for kids. It's not practical, it's not part of any productivity suite, it's not mining data or involved in any antitrust or patent disputes. It's just fun.

No, but seriously, go play with that Santa phone call thing. I haven't laughed so hard in a while.

Samsung Acknowledges Exynos Kernel Exploit, Will Fix It "As Quickly As Possible"