Just like subscribers to any other phone service provider, advanced users of the hybrid 3G/WiFi mobile virtual network Republic Wireless are eager to customize and modify their phones - probably more so, in fact. That's why we posted a rooting guide for the only Republic phone available, the Motorola Defy XT.  But in a message to the Republic subscriber base, an employee clarified the company's position on rooting, custom ROMs and other modifications to the Android hardware it provides to its customers. In a nutshell, Republic will not look kindly upon root or modification of any kind.

We've seen a flurry of questions and comments recently, and we wanted to provide some answers and a bit of context. The burning question these days is whether or not it's ok to root your phone. The short answer is no. You agreed to the Terms of Service when you joined republic, and if you don't follow the Terms, we can terminate your service at any time.

The post goes on to explain the reasoning behind this hard stance against root and other modifications. One of their arguments is that they need to be able to provide reliable service to all their customers, and they can't do that if some are operating devices with capabilities beyond their original intended use. Since Republic is still technically in "beta", they're paying extra-close attention to any abnormalities in service or usage. Another is that modified phones are harder, if not impossible, to provide reliable support for - stop me if you've heard this before, Android power users.

But the third point that they make might just hold water.

Lastly, when you modify your phone or service, you're missing the point of what we're trying to do. We’ve worked hard to protect the idea that we all work together and that we can share responsibility here. It means doing the right thing for everyone involved--not just what you want to do. We’ve developed this model carefully to make sure it works correctly to provide service for hundreds of thousands of customers. We built Hybrid Calling because we believed you should be getting more and paying less. But if it were cost effective and easy to bring $19 unlimited wireless via cellular only, someone would have done that already.

Rooting for free tethering on Verizon or AT&T is hard to object to, since these companies have been gradually forcing customers to pay more for less for the last decade. I don't want to go into a rant here, but the big cell service providers are only interested in providing the minimum amount of actual service to you while getting you to pay as much as possible for it.  Republic Wireless provides truly unlimited 3G talk, text and data service for $19 dollars a a month, something that no other carrier - MVNO or otherwise - is even close to matching. The company seems genuinely dedicated to pleasing its customers; remember that originally, data use on the Sprint 3G network had a vague limit, but they listened to the feedback and switched to the current unlimited model. I'm willing to give them the benefit of the doubt for now. 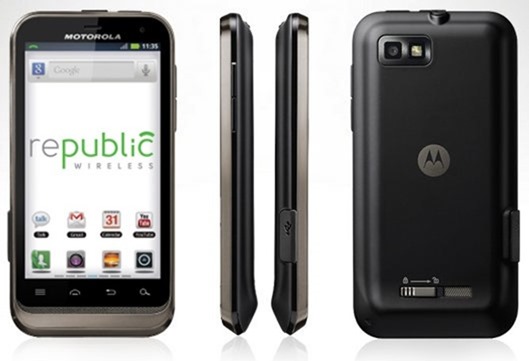 Republic notes that there's no way for them to stop users from rooting their phones, and they've never gone on record stating that they'll automatically kick rooted users off, but that they reserve the right to terminate service if they do so. You'll find similar clauses for just about every carrier out there, but Republic is being surprisingly candid about it. We contacted Republic Wireless for some clarification on this point: would they kick rooted users off as soon as they detect them, or would only those whose actions actually endangered the integrity of the network (tethering, illegal downloads, etc.) be punished? A Republic representative had this to say:

We reserve the right to enforce the Terms of Service.  We nonetheless anticipate that we only would take action to the extent that we experienced adverse consequences due to the rooted device.

In other words, root if you must, so long as your modifications only affect you. And once you do so, you're on your own.

VUDU Releases Android App, Gives All Those 'Digital Copies' You Keep Getting With Your Blu-Rays ...