The rollout of Android 4.1 to the One XL has begun in various Asian countries this morning, with confirmations specifically for the CID (carrier ID) associated with Singapore and Taiwan. The full firmware for the update is also available in RUU form over on XDA (direct link). Note that applying the update will only work if you have the correct CID - this won't work on any old One XL. 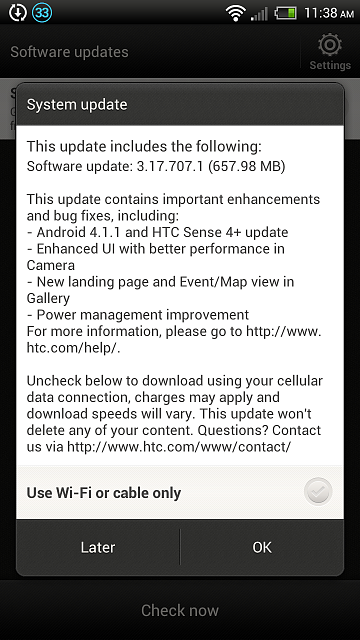 The update brings Android 4.1.1, Sense 4+, along with power management improvement - the same changelog we've seen for every HTC device being upgraded to Android 4.1. We wouldn't expect a massive worldwide rollout immediately, given HTC's slow staggering of the 4.1 update for the normal One X, but be on the lookout for it in the coming weeks.